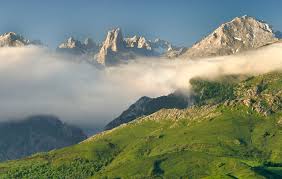 CASTELLÓN is about to change its name officially as part of the city council’s bid to ‘Valencianise’ the east-coast provincial capital.

It will drop the final ‘n’ and become Castelló, following votes in favour from the socialists (PSOE), the independent local party Castelló en Moviment, and the left-wing regional party Compromís.

Centre-right Ciudadanos and the right-wing PP voted against.

The city, like many municipalities in the Comunidad Valenciana, has two names – Castellón, which is Spanish, and Castelló, which is valenciano – so the PP and Ciudadanos do not see the sense in scrapping the Spanish version of the name, which is the most-used for Castellón outside the region and worldwide.

Spokesman for Castelló en Moviment, Xavi del Señor, argues that the name change ‘does not oblige anyone to speak in a certain way’, and councillor for Compromís, Enric Porcar, says the move ‘is not against anyone or any language’.

They say ‘historic’ and ‘scientific’ data bear out the fact that the city should be called ‘Castelló’, in valenciano, and that ‘four high-profile experts’ – Germà Colón, Vicent Pitarch, Vicent García Edo and Antonio Gascó – have signed a manifesto to that effect.

Porcar criticised the PP for complaining about Castellón’s name being used in valenciano only, reminding them that during their 20-year reign in the regional government, they agreed to the three-province territory being known exclusively and officially as the ‘Comunitat Valenciana’ – in the vernacular – rather than with a Spanish option, the ‘Comunidad Valenciana’, being equally as official.

Compromís and Castelló en Moviment both insist that ‘people can still call it Castellón if they want to’ even after the Spanish version of the name is dropped altogether.

Ciudadanos’ spokesman Vicente Vidal says the left-wing city council is ‘just trying to eliminate Spanish’ in favour of the minority regional language and attempting to ‘fix what isn’t broken’.

“With this fallacy of trying to ‘revive’ what already exists, you’ve created friction in Castellón’s society and, when other political parties show our opposition, it’s us who are accused of causing controversy,” Vidal coplains.

He calls the decision ‘nationalism’ and says that if Castellón already has two official names, one in each language, allowing people to choose which one they wish to use, it made no sense to scrap one of them in favour of the other.

Compromís’ social and humanitarian values and its drive for equality and modernisation won it enough votes to be able to govern in coalition in the last regional elections alongside the socialists, giving the Comunidad – or Comunitat – its first left-wing government in over two decades, but its biggest critics are against the party’s drive to place the co-official regional language ahead of Spanish, calling it an ‘isolationist’ policy.

The village of Bellreguard on the Valencia province coast is in the process of ‘Valencianising’ all its street names and has refused to make its traffic warning and public information signs bilingual – despite orders to do so after a visitor from outside the province successfully appealed a parking fine because he did not understand the wording on the prohibition sign.

Other towns that have opted to switch from having two official names, one in each language, to the valenciano version only include what used to be known as either Jalón or Xaló in the province of Alicante, and now bears the latter name only – although most of its large expatriate community still refers to it as ‘Jalón’.