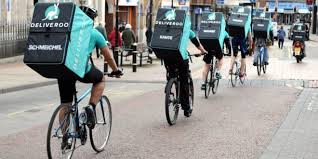 A Spanish court on Monday ruled that a Deliveroo rider should have been treated as an employee and not as self-employed, in the first ruling over the rights of the food courier group’s staffers in the country, a court document showed.

Deliveroo and other gig economy groups such as Uber are embroiled in legal action over labor rights in a series of countries, with the status of their riders and drivers a key question.

The Valencia court said Deliveroo was not allowed to dismiss him as it did as he should have been treated as an employee and not a self-employed contractor, the court’s 27-page ruling said.

“We should conclude that there is an employment relationship between the parts (rider and company),” the ruling said, adding that “therefore, the dismissal was inappropriate.”

It was not immediately clear what the wider impact would be for Deliveroo workers in Spain.

Deliveroo said in a statement this particular case referred to a rider who had an old contract and that his situation did not reflect the way riders currently work with Deliveroo.

“When the courts have examined contracts throughout Europe, rulings have confirmed that they (riders) are self-employed,” it said.

The Valencia court ruling is not final and the company, which on Monday said would analyze the next steps to be taken, could appeal the ruling in the next five days.

Intersindical Valenciana, a local union which brought that case forward, welcomed the ruling.