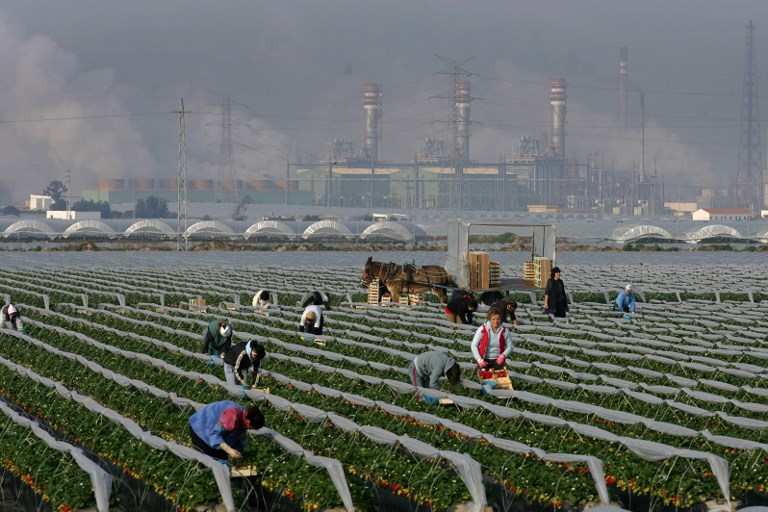 Police in the southern region of Andalusia confirmed that five complaints had been made by seasonal workers against the same company.

“One was linked to working conditions, three were for sexual advances, one for sexual abuse,” a Civil Guard spokesman said.

The spokesman confirmed a man was being probed over the alleged sexual  abuse.

The women’s lawyer, Belen Lujan, said this was just the tip of the iceberg as many more women working near Huelva in Andalusia would like to press charges but “are scared to do so” or have already returned to Morocco.

Thousands of foreign women are temporarily employed in Andalusia from February to May to pick berries under contracts that force them to return to their country at the end of the season.

Lujan said five more women were in the process of pressing charges.

According to the head of Andalusia’s SAT union, Oscar Reina, all complaints are against a company in the town of Almonte, which temporarily employed “500 Moroccan and Roumanian women”.

Diego Canamero, a lawmaker for far-left party Podemos and a farmer in Andalusia, said seasonal workers were being “exploited.”

According to Canamero, the deal signed in Morocco for workers in the company in Almonte stipulated they would be “paid 40 euros for six-and-a-half hours of work a day, with one day of rest per week.”

But “their employers give them 36 euros a day, don’t pay for extra time and don’t respect rest time.”