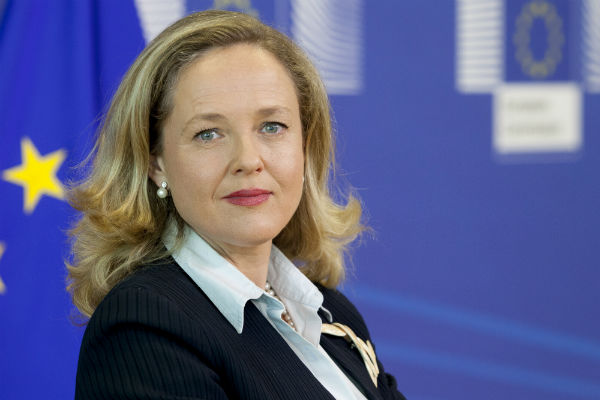 Calvino, director general for budget at the European Commission, had previously worked in Spain’s economy ministry under both the conservatives and Socialists before leaving for the European Union in 2006.

The Socialist Party, whose chief Pedro Sanchez became prime minister on Friday after veteran conservative Mariano Rajoy was ousted in a no-confidence vote, could not immediately confirm the nomination.

But a spokeswoman for the Commission welcomed the move, saying it was “good news for Spain and for the European Union.”

“It proves the experience and talent of the senior managers in the Commission.”

“At a key moment for the European Union, having @NadiaCalvino as our new economy minister is a guarantee that Spain will continue increasing its influence in European institutions,” she said.

Sanchez has promised his “main priority” will be to respect Madrid’s deficit reduction commitments to the EU and to implement the 2018 budget.

The Socialists have yet to make a formal announcement about who will be in their new government, but names have been gradually filtering out.

The 71-year-old is from Catalonia and has been vocal in his opposition to the northeastern region’s separatist drive, drawing criticism from independence supporters there.

Lawmaker Meritxell Batet, also a Catalan, will become minister in charge of relations with Spain’s regions.

As such, she will have the prickly task of trying to ease the situation in her deeply divided home region.