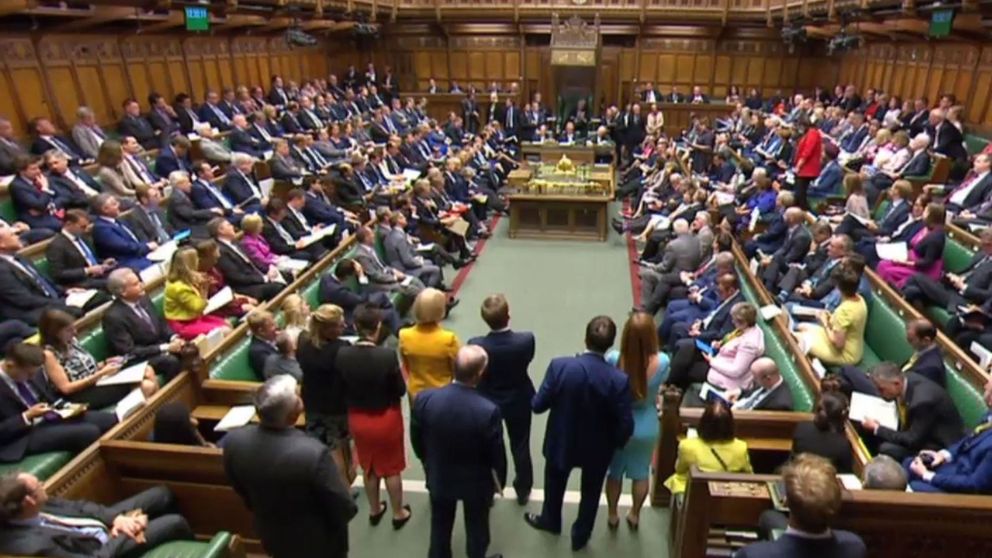 From remaining in the EU single market to Parliament having its say if a Brexit deal is rejected, here are the bill’s amendments.

MPs will debate and vote on 15 amendments to the EU (Withdrawal) Bill on Tuesday.

Theresa May’s Cabinet has agreed to one of the amendments but members of the Commons will spend more than 12 hours debating 14 others tabled by the Lords and a suggestion by Labour leader Jeremy Corbyn during three sessions on Tuesday and Wednesday.

The government disagrees with nine and has made five further amendments in lieu, meaning they have made alternative suggestions.

The Lords will then debate MPs’ amendments on 18 June.

Here are the amendments and the government’s views:

This amendment would ensure the Brexit Bill will not prevent the UK from replicating EU law made after Brexit in UK law, and from continuing to participate in EU agencies.

Peers voted to prevent the act which gives EU law supremacy over UK national law from being repealed until the government gives details of steps it has taken to negotiate British participation in the customs union.

The Lord also wanted to ensure that UK laws replacing retained EU law would have enhanced security procedures, including employment and equality rights, health and safety protections, and consumer and environmental standards

A further amendment would transfer the EU’s Charter of Fundamental Rights into UK law, without the preamble and Chapter V which sets out rights of citizens living in the EU, including freedom of movement.

One amendment removes the part of the bill which allows ministers to use UK law to establish when individuals can challenge the validity of retained EU law after Brexit.

An amendment to clause seven, which gives ministers powers to alter retained EU law, would mean ministers could only use these power where “necessary” instead of where they think it is “appropriate”.

Prevents secondary legislation to implement the withdrawal agreement from being used until after parliament has approved a mandate for negotiations about the future relationship with the EU.

Lords wanted to take 11pm GMT on 29 March 2019 out of the bill to give the Commons a chance to think again.

Another amendment would force the government to negotiate remaining in the European Economic Area (EEA).

Peers want the statutory instruments used to amend retained EU law to be scrutinised by parliament, giving the sifting committee a wider scope.

It would also give the committee power to “require” greater scrutiny not just “recommend”.

Allows legal challenges to domestic law if it fails to comply with the general principles of EU law.

Amendment in lieu: The government wants to allow legal challenges for three years after exit day.

Introduces a new clause so Parliament must approve the withdrawal agreement and transitional measures in an act of Parliament, and if possible, before the European Parliament has debated and voted on it.

Sets out specific deadlines for the government for agreeing the Brexit Bill with the EU.

If deadlines are not met the government “must follow any direction” approved by a resolution in the Commons and considered in the Lords to give them the power to decide the government’s next steps.

Amendment in lieu: Sets out how parliament will approve the withdrawal bill and if it does not approve then a minister will state how the government “proposes to proceed” within 28 days.

Requires the government to try and negotiate to maintain the current agreement to allow unaccompanied child refugees in one EU member state to join relatives in another.

Amendment in lieu: The government intends to negotiate an agreement with the EU to allow an unaccompanied child to join a relative in the UK who is a lawful resident, and vice versa.

Maintains North-South cooperation after Brexit and prevents establishment of new border arrangements, unless agreed by UK and Ireland governments.

Amendment in lieu: Reduces list of new border arrangements to include “physical infrastructure, including border posts, or checks and controls”.

Should be subject to an agreement between UK and the EU, not UK and Ireland.

Peers did not believe a DEFRA consultation on the issue was sufficient, and they have listed the exact principles needed to be made UK law.

Amendment in lieu: Sets out list of principles which should be included in a new environment bill.

Jeremy Corbyn has called for the government to ensure the UK has full access to the EU single market after Brexit.

The government, and even most Labour MPs, are unlikely to vote for this.