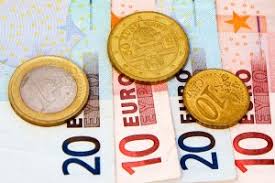 SPAIN’S minimum wage could be about to go up within the next week, to €1,000 a month over 14 monthly payments, based upon a double wage slip at Christmas and in August.

This is based upon a full-time, 40-hour-a-week job, and responds to one of the longest-running claims by unions – although likely to be hit by opposition from companies.

But new president Pedro Sánchez’s government wants to do so straight away, and the change could come about even before the planned nationwide protests over low wages on Saturday, June 16.

Unions wanted to see not only a minimum wage of €1,000 a month in 14 monthly payments, but a 3.1% annual increase to reflect inflation in addition to any wage rises for productivity.

Aside from minimum wage changes – this was just €655 in 2016 and €645 in 2015, having remained the same for many years – there has never been any requirement in law to increase salaries in line with inflation, meaning every employee, 10 years into the same job, was effectively earning half the amount they started on in terms of living costs and spending power.

Unions have long insisted that if employees could afford to survive or, better still, spend on non-essentials occasionally, it would improve the economy since businesses selling products and services beyond the bare basics for living would find their turnover increasing, allowing them to stay open and keeping jobs safe – or even giving them the potential to employ more people.

Next, the new minister for work and pensions, Magdalena Valerio, says she intends to completely rehash the PP’s labour reform ‘immediately’, which ‘means right now’.

The reform was launched on the assumption that jobs were not being created because companies were afraid they would never be able to make employees redundant without proving they were either shutting down or in serious financial difficulty, and would be stung for massive redundancy payments – 33 days’ wages per year worked, or 45 days if they were at all unsure of the legality of the redundancy.

Although reducing the legal minimum payout to 20 days’ wages per year worked and allowing companies to fire or lay off employees for any reason meant smaller businesses struggling financially were able to avoid closure by cutting staff numbers, protecting at least some remaining jobs, alleviating the pressure for honest and ethical firms, it has also opened the door to widespread abuse leading to job insecurity and a temporary contract culture.

Also, given the high number of family-run businesses in Spain where employees tend to be relatives, the labour reform was redundant from the start in their case.

It has also proven that the cost and red tape surrounding making staff redundant was not the main barrier to job creation, given that, although unemployment has fallen drastically, at any one time the vast majority – between 90% and 99%, depending upon season and location – of new jobs are short-term temporary contracts only.

Sra Valerio’s idea is to ‘at least’ axe the ‘most negative’ aspects of the reform in order to create a long-term employee culture once again and wipe out in-work poverty, which remains widespread.

Anecdotal evidence points to the fact that the majority of food-bank users are not long-term unemployed, but actually full-time workers who cannot survive on their wages.

Another feature of the labour reform has meant a loss of negotiating power for unions, who provided necessary protection in the automatic power imbalance which exists by default in any job market.

Each sector in Spain is covered by a collective agreement, which are periodically renewed and the terms of which were always required to be negotiated between unions and employers, ensuring that the latter were not forced into concessions that would ruin them when they were simply trying to do their best by their staff and keep their business alive, but preventing unscrupulous bosses from exploiting workers.

With these powers dramatically reduced, the imbalance has strengthened since the introduction of the reform, and minister Valerio wants to redress it straight away.

To work out the best ways of doing so as fairly as possible, she has called an emergency meeting between Spain’s main unions, the Labourers’ Commissions (CCOO) and General Workers’ Union (UGT) and the nationwide associations representing businesses – the CEOE, which covers larger corporations, and the CEPYME, which acts for small and medium-sized enterprises.