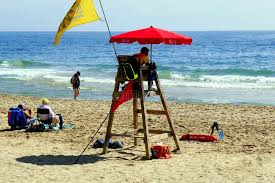 A 33-year-old man has been rescued from the sea in Benidorm after almost drowning.

Paramedics from the SAMU unit were alerted to the scene on the famous Poniente beach just after 12.30pm yesterday (Monday) after he’d been brought to the shore in an unconscious state.

First responders to the victim were able to recover his vital signs after carrying out CPR and other emergency procedures.

He was then taken to the nearby Villajoyosa Hospital where he continues his recovery.

This is the first reported incident of its kind on Benidorm’s beaches since the 2018 summer season officially begun at the beginning of the month.