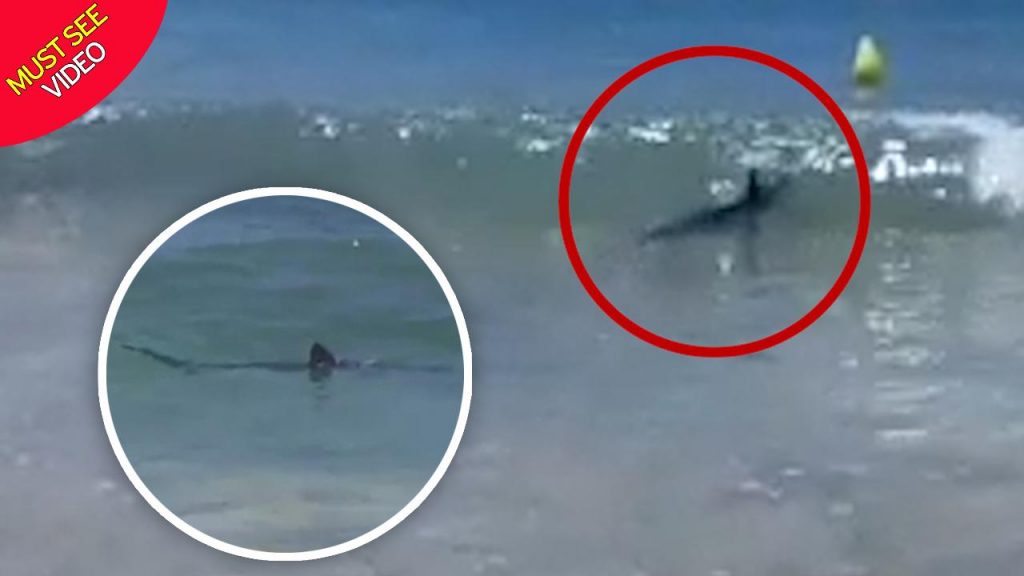 Bathers were banned from entering the sea at Arenal d’en Castell beach, in Spain, after an eight-foot fish – a tintorera or blue shark – appeared in the water

Local authorities hoisted up the red flag at the popular beach of Arenal d’en Castell, in Menorca, Spain, at around 1.30pm yesterday after the eight-foot fish – a tintorera or blue shark – appeared in the water.
It stayed in the area for several hours before disappearing.

Swimmers were banned from entering the water for the entire afternoon.

One tourist could be heard saying: “It’s coming. Oh my God, I think it’s dead,” as it appeared in the surf.

A woman, believed to be a relative, replied: “No, it’s not dead,” as other tourists were overheard screaming in the background.

She then added: “Every time we go to the beach something happens.”

Francesa Ametller, mayor of Es Mercedes which covers the area where the shark was spotted, said the animal did not appear aggressive and said the decision to ban people from going into the sea was taken as a precaution.

Arenal d’en Castell, on Menorca’s northern coast, and half an hour from the island capital Mahon, is popular with British holidaymakers.

It has a horseshoe-shaped bay which made it difficult for the shark to leave the resort.
There have been several blue shark scares in Spain in recent years.

Last year bathers fled the sea in Cala Major as a blue shark described at the time as eight foot long headed towards families with children on lilos.
Lifeguards put up a red flag as a precaution – There have been a number of shark sightings in Spain in recent years

The same type of shark was blamed for an attack on a holidaymaker in Elche near Alicante in July 2016.

The 40-year-old victim was rushed to hospital and given stitches to a wound in his hand.

First aiders described the bite as “large” and said he had come out of the sea with blood streaming from the injury.