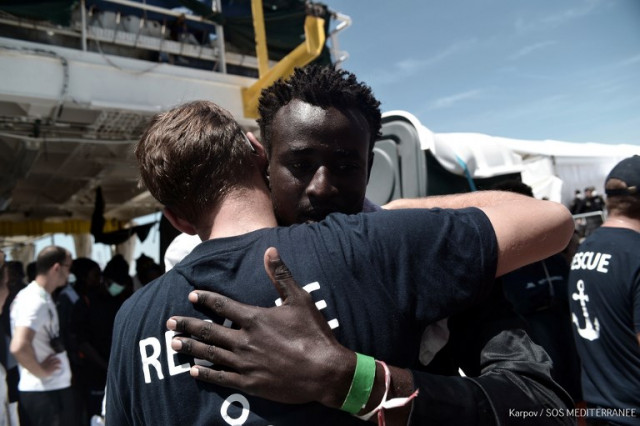 Almost half of the 630 migrants that were rescued from the Mediterranean and arrived in Spain’s port of Valencia at the weekend want to seek asylum in France, the Spanish government said Monday.

The migrants arrived in Spain on Sunday in three vessels, including the rescue ship Aquarius, after being turned away by Italy and Malta last week.

France has said it will work with Spain to deal with asylum applications.

“Almost half the migrants have shown their willingness to seek asylum in France, whic offered to welcome some of the people travelling on the ship,” Spain’s new socialist government said in a statement.

Pascal Brice, director-general of France’s refugee protection office Ofpra, told AFP that one of his teams would travel to Valencia soon.

“As soon as the Spanish authorities have informed us of the number of people concerned, a team from Ofpra will go on site to conduct the interviews and ensure that people are covered by the right to asylum,” he said, adding that the process should take place this week.

The majority of the 630 migrants are from Africa, including 450 men and 80 women, of which at least seven are pregnant, as well as 89 adolescents and 11 children under the age of 13, according to the Valencian authorities.

The Aquarius rescued them off Libya’s coast on June 9th and Italy and Malta’s refusal to let the ship dock led to an international outcry before Spain stepped in to help.