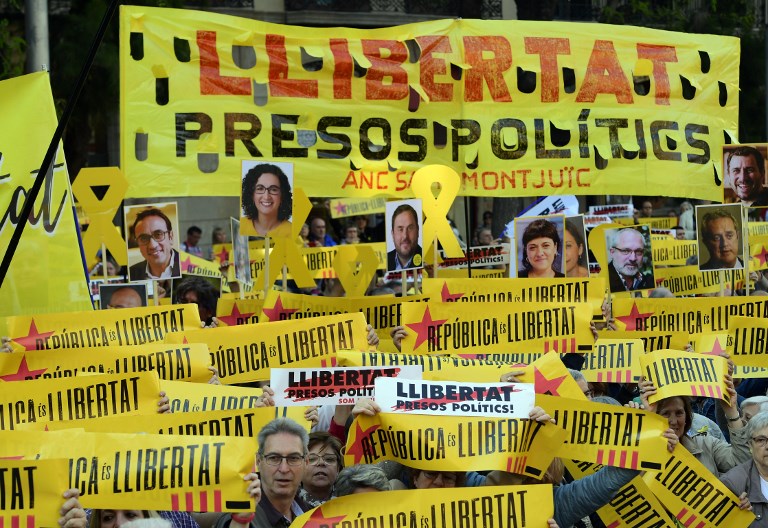 Moving the prisoners would satisfy demands made by Catalonia’s two separatist parties and the Basque Nationalsit Party (PNV) which helped Sanchez topple his conservative predecessor Mariano Rajoy in a confidence vote last month and whose support is needed by his minority Socialist government to pass legislation.

Nine members for the former Catalan government and leaders of grassroots groups have been jailed pending trial for their part in a failed independence bid in October.

They are being held in jails near Madrid, several hundred kilometres (miles) from their homes, and have repeatedly requested a transfer to prisons in Catalonia in northeastern Spain.

During an interview with public television TVE Sanchez said he though it was “reasonable” for prison officials to “move the separatist prisoners to Catalan jails” once judges complete their investigation.

Asked if jailed members of Basque separatist group ETA could also be moved to jails closer to home, Sanchez said “it is obvious that we have to face the phenomena in another way with a different penitentiary policy” in the wake of the group’s formal dissolution in May.

Only four ETA members are held in the northern Basque Country, with the remaining 224 spread all over the country, some as far away as Andalusia, 1,000 kilometres (620 miles) to the south, according to Etxerat, an  association grouping ETA prisoner families. There are also 50 ETA prisoners in France and one in Portugal.

The families have been demanding that they be held closer to the Basque Country so they could see them more easily, especially now that ETA decades-long campaign of violence which left more than 800 people dead is over.

Spain’s previous conservative government had said it had no intention of changing its policy.