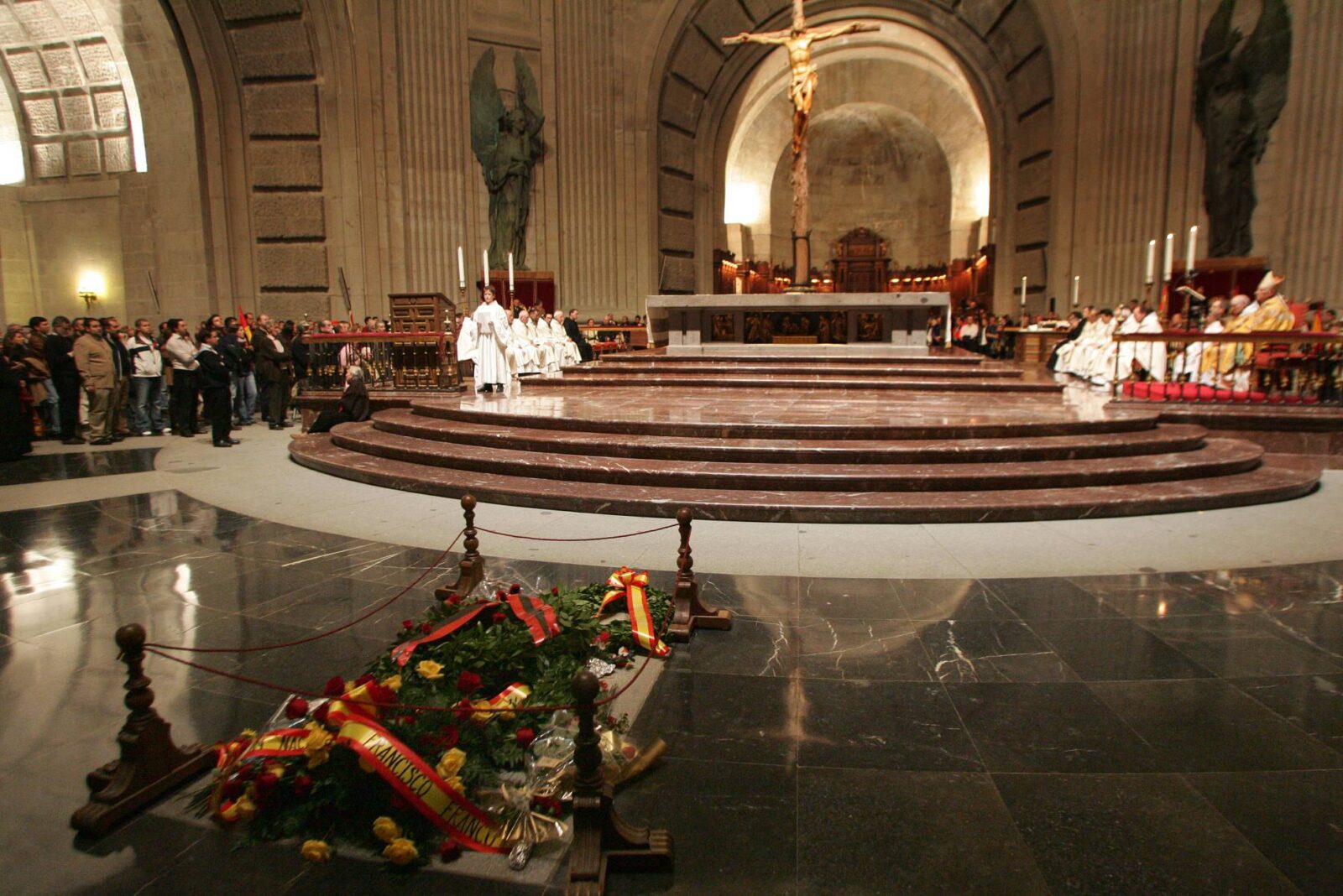 The Socialist Party government of Pedro Sánchez should have enough support in parliament to pass law including the transfer of the dictator’s grave.

Spain’s new government will be able to count on a majority in Congress for a proposal from the Socialist Party (PSOE) to move the remains of former Spanish dictator Francisco Franco from their current resting place in the Valley of the Fallen monument, located north of Madrid.

The new PSOE government of Prime Minister Pedro Sánchez came to power earlier this month after a motion of no-confidence against the previous Popular Party (PP) government prospered in Congress. However, the PSOE currently only counts on 85 deputies in a parliament of 350, meaning that any legislation it passes will have to count on the support of other groups.

In order to secure support for the removal of Franco’s remains from the Valley of the Fallen, the PSOE is proposing converting a reform it had previously suggested to the Historical Memory Law – legislation that seeks to recognize victims on both sides of Spain’s Civil War (1936-39) – into a draft bill that would, among other measures, include the transfer of the ex-dictator’s remains.

“The surprising thing is that we have taken so long with this,” said Íñigo Errejón, from left-wing anti-austerity party Podemos, which counts on 71 deputies in Congress. Center-right group Ciudadanos, meanwhile, which has 32 seats in the chamber, is calling for consensus to convert the controversial mausoleum into a place of reconciliation, something that it does not see as being possible while Franco’s remains continue to be there.

As such, barring any surprises, should the PSOE government opt to pass the legislation through parliament rather than unilaterally passing it via its executive powers, it should count on the votes it needs.

PP representative Andrea Levy claimed that the PSOE was looking for “cultural battles” that, “beyond provoking confrontation do not contribute anything”

“There is a majority in Congress in favor,” said Errejón. “The thing that turns the Valley of the Fallen into a center for glorification of genocide and repression is the fact that the remains of Franco are still there. Can you imagine something similar on the outskirts of Berlin? Obviously, the remains need to be moved. The PP is more uncomfortable with these issues because it has a minority, albeit a noisy one, that would be opposed, but they also know that this is unacceptable.”

According to Errejón, moving Franco’s remains as a first step to changing the significance of the monument “would not open any wounds. On the contrary, it would reconcile Spanish democracy with democrats. In the 1980s, or even in the 1990s at a stretch, you could have thought that this would cause controversy, but today I believe that the vast majority of Spaniards simply don’t understand this anomaly. It’s going to happen. Let’s make it happen.”

Asked about the transfer of Franco’s remains from the Valley of the Fallen, PP representative Andrea Levy claimed that the PSOE was looking for “cultural battles” that, “beyond provoking confrontation do not contribute anything,” news agency EFE reports. In her opinion, Prime Minister Pedro Sánchez is trying to “return to the Spain of confrontation and social tension of Zapatero,” in reference to former Spanish Prime Minister José Luis Rodríguez Zapatero, whose government first passed the Historical Memory Law in 2007.

During the PP government of Mariano Rajoy, however, the legislation was effectively overturned, given that its funding was cut to nothing in the 2013-2014 budget.