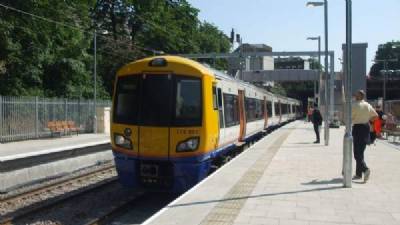 THE 19-year-old son of a Spanish newspaper reporter has been killed on the London underground, his family reveals.

Alberto Fresneda was run over at Loughborough Junction in Brixton when he and two friends – who were also killed – were spraying graffiti around the station.

They were all run over by an oncoming train.

Emergency services were called out at around 07.30 local time (08.30 mainland Spain time) by the driver of another train who saw their bodies on the track.

It is thought the convoy which ran them over had passed through the station at around 01.00 local time (02.00 mainland Spain time) on its way back to the depot, meaning it was probably epty.

Alberto, who held joint Spanish and US nationality, had moved to the UK capital with his family at the age of 12 when his father, Carlos Fresneda, became British correspondant for the national daily newspaper El Mundo.

The deceased teen was due to start at the London College of Communications (LCC) in September, where he planned to study graphic design.

British Transport Police broke the news to Alberto’s family, who revealed that their son had left their house at 17.00 on Sunday and that his last message to them, at 22.00, told them he was planning on returning home shortly for dinner.

The family had heard about ‘three men killed in Brixton’ on the early-morning news, but did not even consider their son may be one of them until the BTP made the devastating announcement.