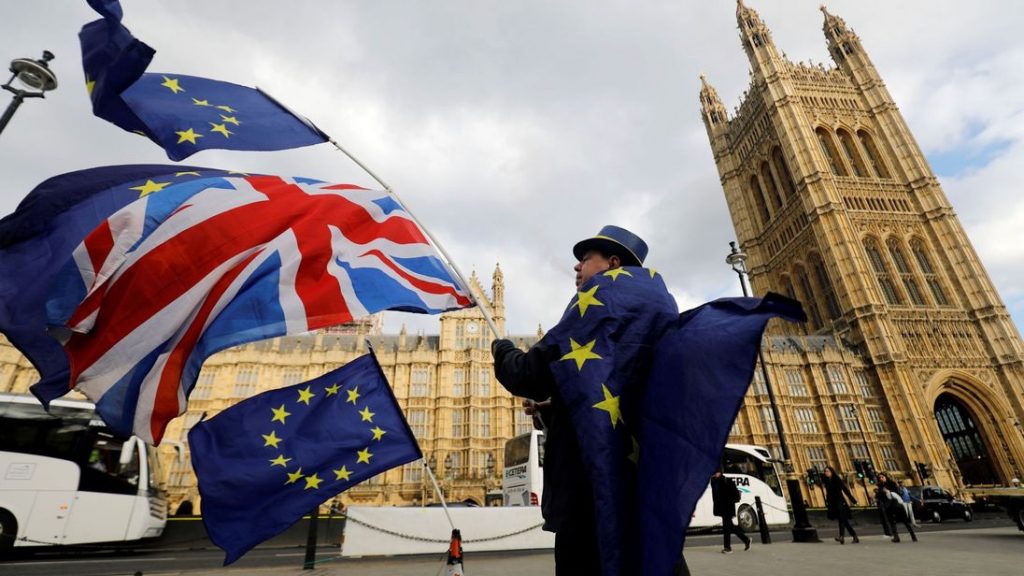 Draft conclusions of a European Council summit call on EU states to “step up their work on preparedness” for “all outcomes”.

European leaders will be told to step up preparations for a “no deal” Brexit, according to a leaked document.

Draft conclusions of next week’s European Council summit, seen by Sky News, will call on member states and stakeholders to “step up their work on preparedness at all levels for all outcomes” – a thinly-veiled reference to no deal being agreed.

The disclosure is likely to ramp up the pressure on Prime Minister Theresa May, who faces a Commons showdown on her Brexit approach on Wednesday.

The gathering of European leaders on 28 and 29 June is seen as a key staging post in the Brexit negotiations, particularly on the thorny issue of the Irish border.

Both sides remain deadlocked on what the “backstop” position – the fallback option in the event customs arrangements are not sorted in time – will look like.

This looks set to be reflected in the European Council’s summit conclusions.

The draft says that the body will “express its concern that no substantial progress has yet been achieved on agreeing a backstop solution for Ireland/Northern Ireland”.

It will add: “It recalls the commitments undertaken by the UK in this respect in December 2017 and March 2018, and insists on the need for intensified efforts so that the withdrawal agreement, including its provisions on transition, can be concluded as soon as possible in order to come into effect on the date of withdrawal.

“It recalls that negotiations can only progress as long as all commitments undertaken so far are respected in full.”

European leaders are also set to again call for “further clarity” from Britain on what it wants from its post-Brexit relationship with the bloc, echoing a similar plea from a gathering in March.

EU negotiator Michel Barnier has rejected Mrs May’s backstop plan, which would see the entire UK remain in a temporary customs territory, saying it would lead to a hard Northern Ireland border.

Mr Barnier has suggested a border in the middle of the Irish Sea to check goods travelling across it would have to be imposed – something the PM is dead set against.

A matter of hours after the draft conclusions were leaked, Britain and the EU published a joint statement setting out the progress made in recent months.

Both sides said there had been advances in areas like customs, VAT and nuclear waste regulation – but Mr Barnier said “a lot more work” is required to meet the October deadline.

“We have advanced on some separation issues for which European businesses need certainty, such as customs, VAT, Euratom and certificates for goods,” he said.

“Engagement by the UK on remaining issues such as the protection of personal data and geographical indications is also to be welcomed.

“Serious divergences remain, however, on the protocol on Ireland/Northern Ireland.

“I would like to recall that the withdrawal agreement must contain a fully operational backstop solution for Ireland and Northern Ireland.”

He added: “Today marks a step forward in these negotiations but a lot more work needs to be done before October.”

The emergence of the documents comes ahead of a parliamentary showdown on the government’s flagship Brexit bill.

An amendment which aims to give MPs a “meaningful vote” on the final Brexit deal will come before the Commons on Wednesday, with suggestions the government could fall if it is defeated.

This has been rejected by former attorney general Dominic Grieve, who is leading the pro-EU Tory rebels.

He told Sky News he “doesn’t want” such an outcome.