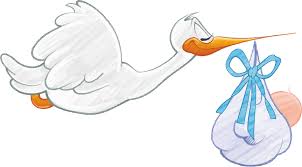 The total number of deaths in Spain in 2017 outpaced the number of births at the fastest pace since records began in 1941, official census data showed on Wednesday, the latest data to fuel the debate on a deep reform of the pension system.

A promise by Spain’s new government to raise pensions in line with inflation after years of restrictions during an economic downturn has cast doubt on the government’s ability to keep its budget deficit under control.

Spain has one of the lowest birth rates in Europe while having one of the highest life expectancies, raising concerns on how the ageing population can support current social security pay-outs.

In 2017, the population registered a net loss of 31,245 people from a year earlier as the number of births dropped 4.5 percent while the number of deaths rose 3.2 percent, the National Statistics Institute said.

However, the figures did not include population changes due to immigration, with the number of people migrating to Spain expected to have increased since the economic recovery began in 2013.