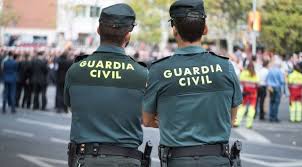 A FATHER in Andalucía who bragged about never having worked a day in his life has lost custody of 11 of his 30 children.

Social services, escorted by the Guardia Civil and the child prosecution service, collected the 11 from their schools in their home village of El Marchal and in neighbouring Guadix (Granada province).

They are all aged between five and 12 and will be placed in foster care.

Authorities say the youngsters were ‘suffering from neglect’.

Residents in El Marchal – whose local school has just lost 25% of its pupils now eight of the children from the same family have been taken out of it – said they ‘saw it coming’.

“It’s impossible to care for so many little ones properly, and these kids were not looked after very well,” said a neighbour of the family, who wished to remain anonymous.

The school communities in both villages said the children ‘never missed a single day’ of class, and ‘usually arrived properly dressed’, but frequently ‘unwashed’ and the food they brought with them was regularly ‘off’.

They often brought in stale bread for lunch which they ran under the tap to soften.

“One could say that their adult carers did at least the minimum, but there were plenty of other things lacking – details we’d rather not talk about,” said an undisclosed source from one of the schools.

Their father, known to friends, family and neighbours as ‘El Canuto’, had had his 30 children with four different wives, two of whom ‘tended to live with him’.

Among recent episodes of concern to authorities, an attempt was made recently to kidnap two of the children.

A white Hyundai van with a Portuguese registration number was seen and the kids getting into it, but a family member managed to smash one of the windows and get the youngsters out.

The Portuguese people were identified and denied the kidnap attempt, but caused panic in the small community and even led to a councillor publishing a voice note on social media insisting the ‘rumours’ were ‘not a hoax’.

Police say the 11 children now in care are those of two of El Canuto’s wives, but neither of the ones who ‘tend to live with’ him.

The greatest mystery among the neighbourhood is how El Canuto managed to feed and care for so many children when he boasted about never having worked in his life.

Many residents say the older children of the 30 worked for their father, mainly in farming.