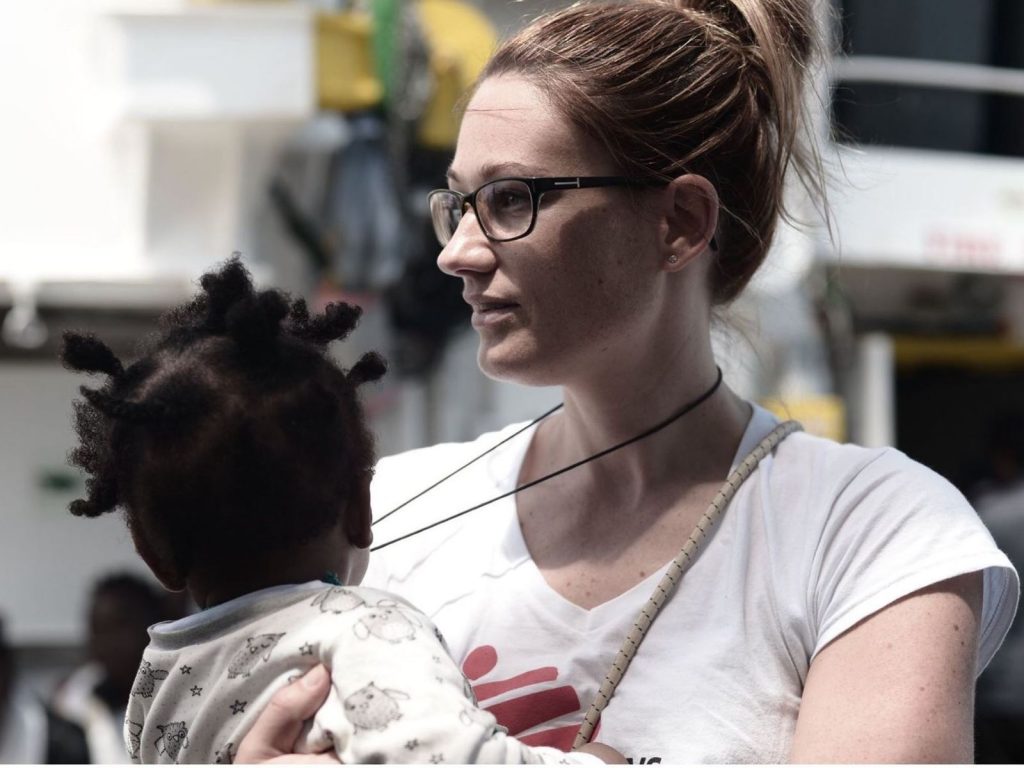 An emergency meeting of key European leaders has been convened in Brussels this Sunday to discuss migration at the request of Germany.

In a highly unusual move, the European Commission is organising the “informal working meeting” with just four days’ notice.

Commission President Jean-Claude Juncker announced the meeting in a tweet, saying: “I am convening an informal working meeting on migration and asylum issues in Brussels on Sunday in order to work with a group of heads of state or governments of member states interested in finding European solutions ahead of the upcoming European Council.”

The leaders of Germany, France, Italy, Greece, Austria, Bulgaria, Spain and Malta have all been invited to attend the meeting which comes just four days ahead of the June European Council summit at which migration will be a key focus.

In a sign of tensions around the migration issue, Sky News understands that the German government first suggested holding the meeting in Berlin but some other countries objected.

The European Council, which would be the appropriate forum for leaders to convene, was then asked to organise the meeting but president Donald Tusk is known not to favour hosting mini-summits with select groups of nations and rejected the idea. The European Commission then stepped in.

The migration issue has caused renewed and deep divisions between European governments and even within national coalitions.

The latest crisic was brought into focus both by political conflict in Germany and after the new Italian government turned away a boat packed with 630 migrants rescued in dinghies off the coast of Libya 10 days ago.

The Aquarius was denied a safe port to dock in by the Italians and the Maltese. It eventually docked in the Spanish port of Valencia on Sunday.

In Germany, Angela Merkel’s interior minister Horst Seehofer threatened to defy her by closing German borders to migrants who had already registered in another EU country.

Given that all migrants arrive in either Greece, Italy or Spain and register there, this move would mean those three countries agreeing to take them back.

Mrs Merkel agreed with Mr Seehofer that she would secure EU-wide agreement within two weeks on how his demand could be achieved. The issue will be a key focus for the Sunday crisis talks.

They will centre on how to overhaul the EU’s asylum system which requires all migrants arriving in the EU to register and claim asylum in the country where they arrive.

This has put huge strain on the bloc’s frontier countries – Italy, Greece and Spain. They have called, in vain, for other EU states to share the burden.

If the German chancellor fails to secure agreement on the issue, Mr Seehoffer, whose CSU Party is a key part of her coalition, has said he will act unilaterally.

She would then have little option but to fire him which could bring down the German government.

Although the issue is now highly politicised, ironically the migratory pressures are now far less acute than they were at the height of the crisis in 2015.

Figures released this week by Eurostat show that there were 739,000 asylum applications made across the EU in 2017. That represents a 44% drop on the previous year.

However the asylum backlog remains high with 954,100 claims outstanding. This highlights the need to overhaul and speed up the claims process and improve the ability for the EU to return failed asylum seekers to their home countries.

Controversial deals with Turkey and Libya have reduced the number of people trying to cross into Europe over the Mediterranean.

Nevertheless, 37,000 people have still made the journey this year alone and according to the International Organisation for Migration, more than 800 people have died.

The true figure will be higher because some drownings go unrecorded.