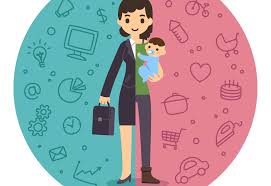 Pedro Sánchez’s government has announced plans to equalise maternity and paternity leave on 100% pay and also to reduce IVA on the arts and entertainment and on female sanitary products.

During his first compulsory session reporting to Parliament, the new socialist president was asked by leader of left-wing Unidos Podemos, Pablo Iglesias, whether he planned to make maternity and paternity leave the same.

“The women in this country have earnt it,” he said.

Centre-right Ciudadanos has also advocated increasing maternity and paternity leave to 34 weeks from the current 16 and four respectively.

The aim is that fathers can take paternity leave after mothers have finished their maternity leave so women can go back to work, rather than parking their careers to care for their infants.

Whilst no employer is allowed to demote or fire a woman for taking maternity leave, in some professions a long break may mean she is ‘out of the loop’ when she returns – particularly in time-critical fields such as law and medicine – or, in the case of self-employed mothers, she may have lost all her clients whilst she is away as they will need to go elsewhere to get their needs met.

Allowing fathers to take over childcare for a while would get mothers back into the job market sooner, left-wing and centrist politicians argue.

Also, single fathers – celebrity ones would have included singers Ricky Martín and Miguel Bosé, and Real Madrid’s Cristiano Ronaldo when his son Cristiano Junior, now seven and his one-year-old twins Eva and Mateo were born – or all-male couples are left in an impossible position when they first have or adopt a child.

With men only getting four weeks off on full pay, increased from just a fortnight in January, it means a family of two dads will only have two months to look after their new babies before they have to go back to work full-time.

Some of those who oppose paternity and maternity leave being the same length say mums, by default, need more time off as they need to recover from giving birth.

Sánchez responded to Iglesias that this parity was his intention, with 100% pay for parents of either sex and for leave to be non-transferrable – removing the temptation for women to take on the father’s paternity leave, as this would defeat the object of promoting shared childcare and professional opportunities.

The exchanges between Iglesias and Sánchez were friendly and polite, despite their historic rivalry and the former having once blocked the latter’s attempt at becoming president because of a ‘them-or-us’ ultimatum between Podemos and Ciudadanos.

Sánchez said his wish was to ‘rebuilt rights and freedoms’ in Spain and to ‘extend them further’, and that ‘ending gender discrimination’, especially in the workplace, was a priority.

In response, Iglesias said: “We could make historic things happen in this country if we work together,” and Sánchez replied: “Thank you for your tone and your party’s willingness to work together with the socialists.”

Also in terms of ending gender discrimination, Sánchez’s government wants to reduce IVA on female sanitary products from the current top-band 21% down to 4%, to prevent hardship for women and for families with teenage daughters where they are living on a very low income and have to choose between these items or basics such as food and paying the rent or mortgage.

And in respect of IVA, the government wants to reverse the previous right-wing government’s decision to increase this tax from 4% to 21% on arts-related goods and services, ranging from music CDs and downloads to DVDs, cinema and theatre tickets and books, much of which is now out of reach of the pockets of many residents in Spain, causing a cultural drought in society and threatening the very existence of the arts industries.