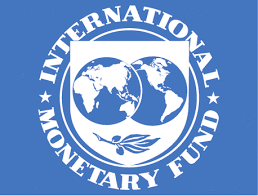 The official figures are in: Spaniards did not overtake Italians in terms of wealth in 2017, as the International Monetary Fund (IMF) had forecast in April of this year.

That IMF estimate, made using GDP per capita based on purchasing power parity (PPP), has not been confirmed by Eurostat data released on Tuesday.

According to the European Union’s statistics bureau, Spain’s GDP per capita in 2017 was 92% compared to the EU average of 100%. Italy went down a point from 97% to 96%, meaning that the country’s citizens are still wealthier than Spaniards.

That year, Spaniards registered around €27,700 in GDP per capita, compared with Italians’ approximately €28,700.

Spain has experienced three years of consecutive growth above 3%, and it has restored GDP levels that were lost during the protracted economic crisis that began in 2008. In 2011 and 2012 the Spanish economy was 11 points below Italy’s. Now, that difference is four points.

In that time, Spain has introduced reforms and made painful adjustments to the job market. With a growing economy, the country has been held up as a role model by Brussels, as evidence that its policies work.

Italy, on the other hand, has been delaying reforms and its economy is stagnating. Although its employment figures are better than Spain’s, the numbers are actually not that different if all the people who are out of the labor market are taken into account.

In late 2007, then-Spanish Prime Minister José Luis Rodríguez Zapatero announced that Spain had overtaken Italy in wealth, using Eurostat data. It was the peak of the real estate bubble, and the government was selling the point that Spain had finally converged economically with the EU after a 21-year membership.

But the crisis came along and Spain’s economic figures took a nosedive. Adjusted statistics showed that Spain had not, in fact, overtaken Italy in 2007, although it came the closest to doing so.

Spaniards were only within the EU-28 average between 2005 and 2009. At the close of 2017, Spain was still eight points away from convergence, as a result of a severe economic recession. As for the euro zone, Spaniards are 14 points below average for GDP per capita.