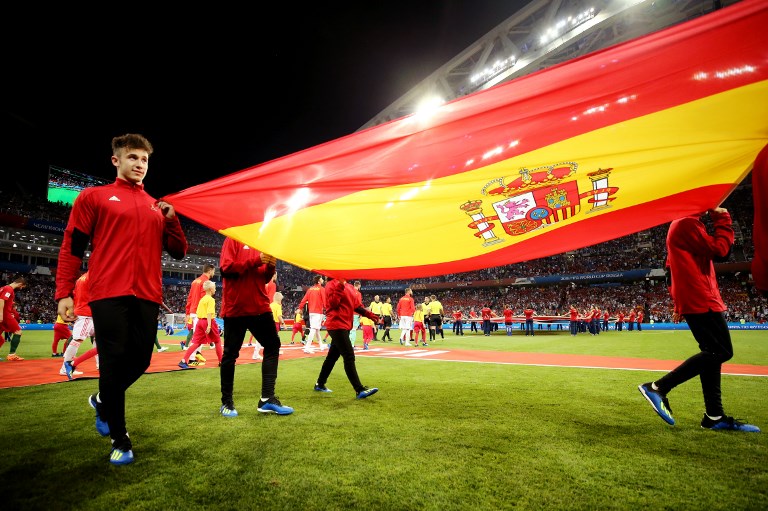 Spain coach Fernando Hierro said Sunday his players would not make the mistake of underestimating a Morocco side playing for pride in their World Cup Group B decider in Kaliningrad.

Spain need a result from Monday’s encounter and Hierro vowed his players would not take the North Africans lightly.

“We know that Morocco is an excellent team,” he told reporters.

“We cant afford to relax… We need to be awake with our eyes open and be aware that Morocco aren’t going to give anything away.”

The 2010 winners drew their opener 3-3 with European champions Portugal and, after making hard work of a narrow 1-0 win over Iran, they need at least a point to make the last 16 for the first time since that tournament.

“It’s always tough against teams who are eliminated,” Hierro said. “Mathematically we have not yet qualified and we have to give the match the importance it deserves.”

Morocco were the first team eliminated from Russia but coach Herve Renard on Sunday claimed his side had been on the wrong end of several refereeing decisions during successive 1-0 losses.

“When you look at the facts in the Portugal game, it’s totally unfair,” Renard said.

“For the goal we conceded, there was an obvious foul by (defender) Pepe at the front post. Why did (the referee) not see it?

“It’s unfair that we’re already eliminated but we have to accept reality.”

Spain midfielder Sergio Busquets said he had some sympathy.

“Often football is not fair,” he told reporters. “It’s true that at the level they’ve been playing they deserve more than zero points. But it’s hard to win matches at this World Cup.”

‘Not focused on past’

Spain dominated the international game for nearly a decade, winning an unprecedented Euro and World Cup treble between 2008-2012 with their brand of high-tempo, possession-based play anchored by the legendary Barcelona linchpin Xavi.

But a new generation of playmakers are making their World Cup bow this time around, including young Real Madrid trio Isco, Lucas Vazquez and Marco Asensio.

Hierro singled out Isco for praise after the midfielder’s impressive performances against Portugal and Iran.

“Isco always contributes with his quality and hardwork, he’s good one on one, he can sneak between lines and he’s hard to pin down,” said Hierro, himself a Real alumnus.

Depending on the Portugal result, a win or draw Monday would see Spain play either Russia or Uruguay from Group A in the second round — their first World Cup knockout game since winning the final in Johannesburg eight years ago.

The build-up this time around was chaotic, with Hierro only given the head coach role two days before the Portugal tie after Julen Lopetegui’s spectacular sacking.

Hierro said the squad were focused and eager to go far in the tournament after Spain’s disastrous first-round exit four years ago in Brazil.

“You could focus on what happened four years ago or eight years ago,” he said.

“These lads have been world and European champions. We’re not focusing on the past, now is the time to fight to win our group.”