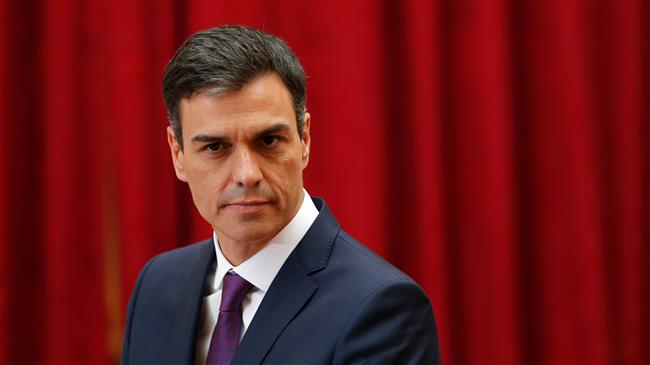 “There cannot be a unilateral response … And that migration policy must have a joint, European response,” Sanchez said in an interview published on Sunday.

Sanchez made headlines earlier this month after he ordered border authorities to accept a stranded refugee boat in the Mediterranean. The Aquarius, a French NGO boat carrying 629 refugees had been blocked from docking in Italy and Malta.

Sanchez said in his interview with Spanish daily El Pais that by taking in the Aquarius, Spain wanted to show to the rest of Europe that the continent was in urgent need of a coordinated response to the refugee crisis.

“With the Aquarius we made a gesture of solidarity but a humanitarian crisis is one thing and migration policy another,” he said.

Sanchez, the Socialists leader who came to power in Spain after leading a successful no-confidence motion against conservatives earlier this month, has clearly pushed migration up the agenda.

He said that the renewed tensions in Europe over how to deal with the refugee crisis was in fact rooted in lack of “solidarity” in the past for countries like Italy that had been on the frontline of accepting the refugees.

The Dutch search and rescue vessel Sea Watch 3 (L), lies berthed in a dock in the harbor of Marsa in Malta, undergoing repairs on June 24, 2018. (AFP photo)

A new populist government in Italy has vowed to completely bloc illegal refugee arrivals on its southern shores.

“These boats can forget about reaching Italy, I want to stop the business of trafficking and mafia,” said Salvini

EU leaders are slated to hold an emergency meeting in Brussels on Sunday, seeking to settle their differences and pursue a unified approach to the refugee crisis facing the bloc.

In a meeting with French counterpart Emmanuel Macron in Paris on Saturday, Spain’s Sanchez declared support for a plan to process asylum applicants in closed centers on European soil.