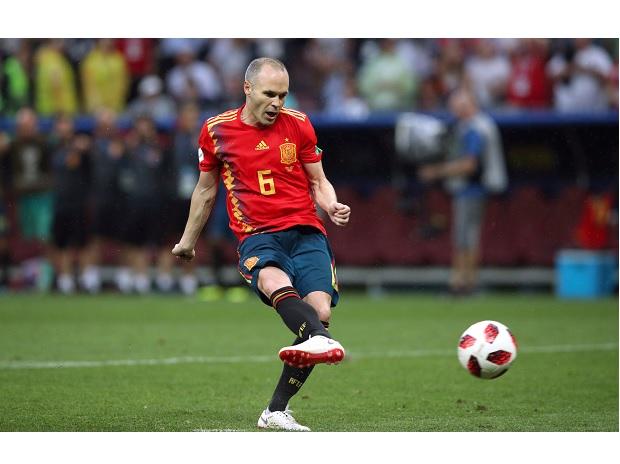 “This was my last game for Spain,” Iniesta told reporters. “A marvellous spell is over. Sometimes the end is not as you dreamed it.”

The 34-year-old midfielder has all the accolades in his belt. In 2010 World Cup he scored the World Cup winner. Andrés Iniesta was named Man of the Match in the 2010 World Cup final and the 2012 European Championship final.

But, the loss against Russia would be hurtful to him as it would be the last time he will ever play for Spain.

“The coach is the one who makes the decision, beyond whether one agrees or not,” Iniesta said. “At the end, the coach looks at what’s best for the team, and that’s how I understood it,” he added, reports Xinhua news agency.

Iniesta said the players could not blame turbulence off the pitch for their failure to live up to expectations. “It would be wrong to say that (coach Julen Lopetegui’s) dismissal was fundamental,” he said.

“Everything has its importance. But in the end, we are the ones who have the ball.”

Iniesta, who will play for Japanese club Vissel Kobe next season after ending his 22-year FC Barcelona career in May, is confident Spain can rebuild ahead of the next World Cup in Qatar.

“There are players around, they just have to find a path to success,” he said. “It’s not easy and harder than it appears. But the national team will keep going there are players who have a good level.”