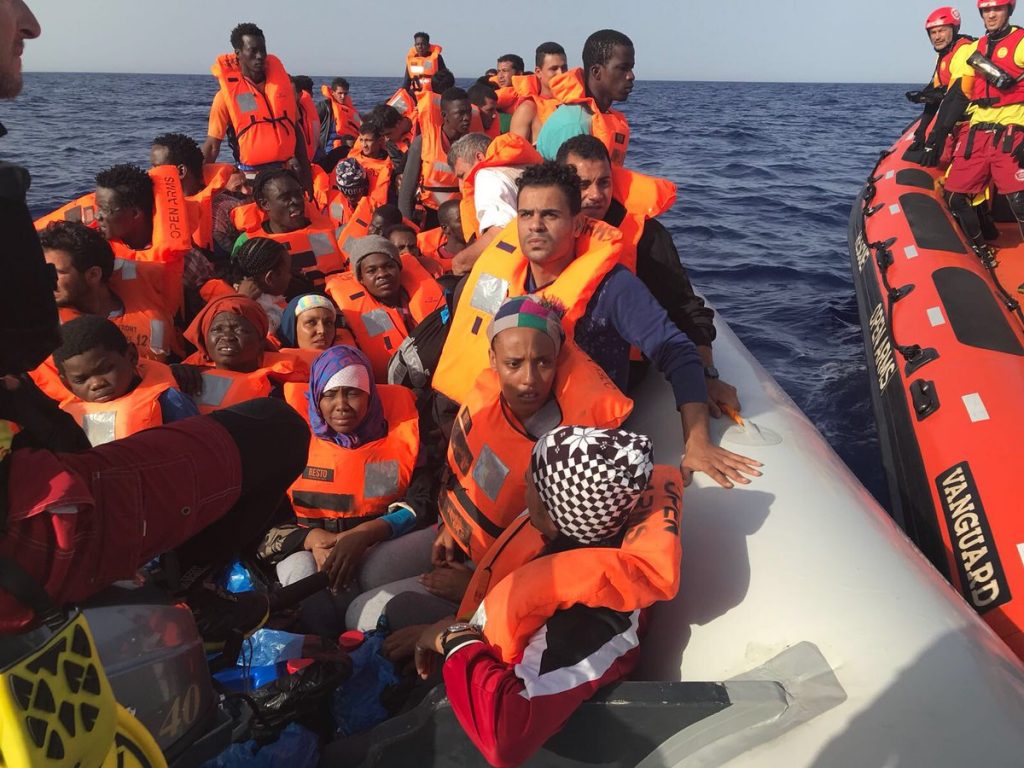 UPDATED: A Spanish NGO said on Saturday it had rescued 59 migrants as they tried to cross the Mediterranean from Libya and would dock in Spain after Italy and Malta refused access.
The news comes a day after three babies were found dead and 100 more went missing in a shipwreck off Libya that Proactiva Open Arms, whose charity rescue boat was in the area, said could potentially have been avoided.
It also follows a controversial deal reached by EU member states to stem the influx of migrants. The accord struck Friday includes the setting up of secure centres for migrants in the bloc, “disembarkation platforms” outside the bloc and sharing out refugees among member states.
Spanish NGO Proactiva Open Arms said on Twitter the 59 migrants were now on board their ship “heading for a secure port”.
“Despite the hurdles, we continue to protect the right to life of invisible people. Their stories on what they experienced (in) Libya are terrifying.”
Italy’s hardline Interior Minister Matteo Salvini said on Facebook that the NGO’s boat had reached the migrants’ vessel before Libyan coastguards inside Libya’s rescue operation zone.
“The nearest port is Malta, the organisation and flag are Spanish: they can forget about coming to an Italian port,” he added.
Malta’s interior minister retorted on Twitter that the migrants had been rescued between Libya and Italy’s Lampedusa.
“Stop spreading incorrect information by pointing the finger at Malta without any reason,” Michael Farrugia said.
In the end, the NGO said they had been given authorisation to dock in Barcelona, adding they would arrive on Wednesday.
Italy’s new populist government and Malta earlier this month refused to let dock French NGO rescue ship Aquarius carrying 630 migrants. The move triggered an international outcry before Spain stepped in to help.
Malta then let another charity rescue boat, Lifeline, dock with 230 migrants aboard.
Proactiva Open Arms also accused coastguards in the area of hindering their work as countries such as Italy take a hardline stance against the arrival of migrants.
The NGO said Friday’s shipwreck could potentially have been avoided as the official call for help from Italy’s rescue control centre only came one hour after Open Arms overheard an EU plane warning Libyan coastguards that a migrant boat was in trouble.