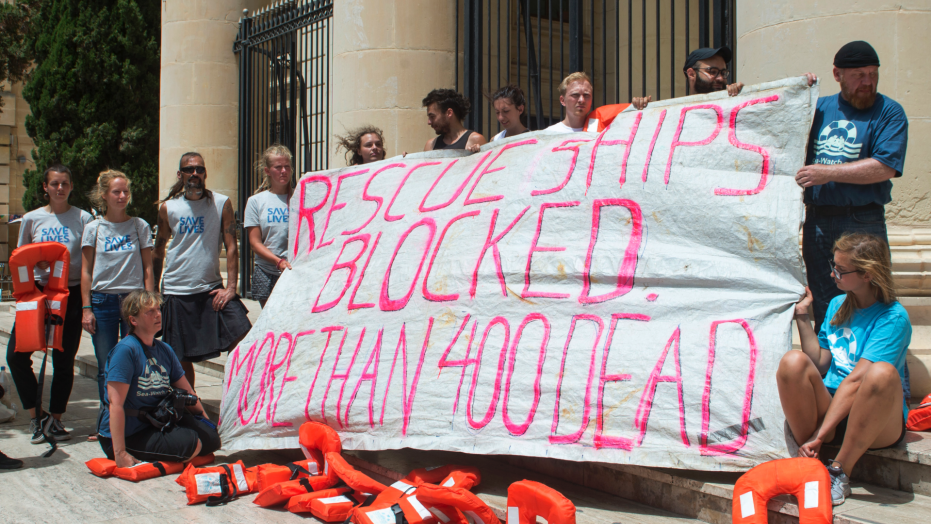 VALLETTA, Malta –  The Latest on Europe’s response to mass migration: (all times local):

Spain’s Maritime Rescue Service says it has rescued another 109 people from the Mediterranean Sea as they tried to reach the country’s southern coasts from North Africa.

The rescue service said a crew encountered one vessel in the western part of the Strait of Gibraltar on Monday with 52 migrants on board, while a second one carried 49.

The service reported on Sunday that 160 people were rescued from five boats.

The number of people reaching Europe by the so-called Western Mediterranean land and sea route to Spain has surpassed the number arriving to Italy by boat this year.

The German captain of a private ship that rescues migrants has pleaded innocent to charges he entered Maltese waters illegally and without proper boat registration.

At an arraignment hearing on Monday in Valletta, Malta’s capital, Maltese prosecutors asked a magistrate to order the confiscation of the aid ship.

The Lifeline rescued 234 migrants in waters off Libya last month. Italy refused to let the ship before Malta last week provided ship safe harbor on the condition that Italy and seven other nations would each take in some of the rescued passengers.

The Maltese government also warned it would investigate the Lifeline’s crew for possible violations of maritime laws.

Captain Claus-Peter Reisch was charged with using the boat in Maltese waters without proper registration or license. The charge also incorporates the allegation of entering Maltese waters illegally.

The 57-year-old German said after his arraignment: “We did the right thing.”

Maltese prosecutors have asked a magistrate to order the confiscation of a migrant rescue ship run by a German aid group.

The German captain of the Lifeline appeared at an arraignment session Monday in Valletta, Malta.

Claus-Peter Reisch, 57, was charged with using the boat in Maltese waters without proper registration or license. That charge also incorporates the allegation of entering Maltese waters illegally.

The Lifeline rescued 234 migrants in waters off Libya, and Malta last week gave the ship safe harbor after diplomatic wrangling and eight other nations agreed to take some of the rescued.

Italy had refused to let the Lifeline dock.