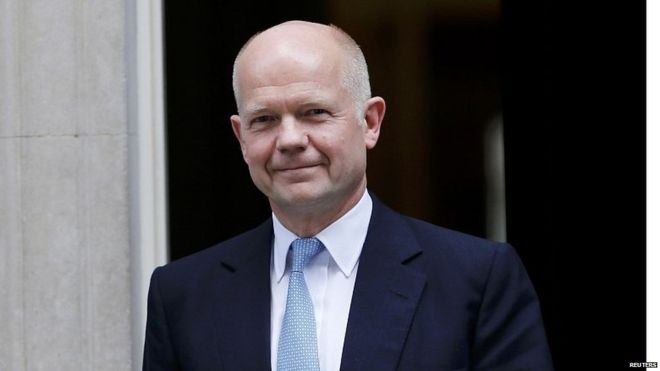 Tory MPs have been urged to accept a “compromise” customs plan proposed by No 10 or face having a “watered-down” Brexit forced on them by Parliament.

Ex-leader Lord Hague said if Brexiteers pushed Theresa May too hard, it would increase the chance of the Commons voting to stay in the customs union.

A No 10 source said the “best of both worlds” plan offered the opportunity for friction-free trade with the EU and the scope to strike deals elsewhere.

Ministers will discuss it on Friday.

The UK is due to leave the EU on 29 March 2019, and negotiations are taking place on what the future relationship between the UK and the EU will look like.

Ministers have so far failed to agree what type of customs model to pursue. The decision is seen as being key to facilitating trade and to avoiding new border checks between Northern Ireland and the Republic of Ireland, which is a member of the EU.

Friday’s Cabinet meeting at Chequers will be followed by a White Paper setting out details of the UK’s future relations with the EU, aimed at paving the way for an agreement in the autumn.

No details have yet been revealed about how the new proposed customs system will work although a No 10 source has promised it will be a “significant step forward”.

Tory MPs who want a clean break with the EU have warned that anything less will be a betrayal of the 17 million people who voted to leave in the 2016 referendum.

But former foreign secretary Lord Hague, a life-long eurosceptic who campaigned to remain in 2016, has said they should be careful what they wish for.