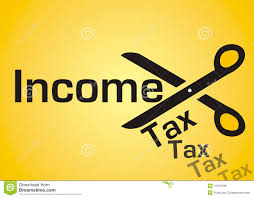 RESIDENTS with a gross income of between €12,000 and €18,000 per year will save around €500 a year thanks to the new tax reductions announced in the recently-approved budget, the Bank of Spain calculates.

Those whose gross pay is less than €12,000 are not subject to income tax in any case and, if they pay it through retentions on invoices or via their monthly payslips, will normally receive a rebate when they file their annual declarations.

Other taxpayers with gross annual incomes of more than €18,000, subject to upper limits, will also see their dues reduce thanks to the 2018 budget if they fall into certain special categories – large families, the disabled, and those with care duties to elderly or disabled relatives or dependent children with disabilities.

In total, around 3.1 million taxpayers will benefit from the cut, according to the Bank of Spain, at a cost to the State of €1.5 billion – somewhat less than the €2.2bn cited in the budget paperwork.

The difference, the Bank of Spain says, is partly because its own financial model does not take into account help with nursery costs as this does not enter into income tax declarations, and because demographic factors and incomes estimated are based upon figures from 2014, so are not up to date.

For those who do not fall into any of the categories mentioned, the Bank of Spain still has some reassuring news, however: nobody will see their income tax rise as a result of the reforms in the budget.

The Bank of Spain says the job market may see some changes as a result of income tax deductions – those who are not working may decide to take on a few hours a week, and those who do work may choose to work more hours.

But it warns that to fund the fall in income tax, the State will need to spend less, acquire additional resources or increase other tax burdens, which ‘could affect net income for various groups of taxpayers in unequal measures’.

It is not all good news, however – the self-employed, who make up an estimated third of the workforce, have seen their monthly Social Security stamp increase.

Already hard-pressed non-employed workers have to pay a set fee of €275.01 irrespective of their earnings, meaning those for whom this makes the difference between poverty and survival are more likely to work cash in hand and below the radar.

Now, it has risen to €278.87, with no sign of its being replaced by an affordable percentage of actual earnings, as the various associations of self-employed workers have been campaigning for over more than two decades.