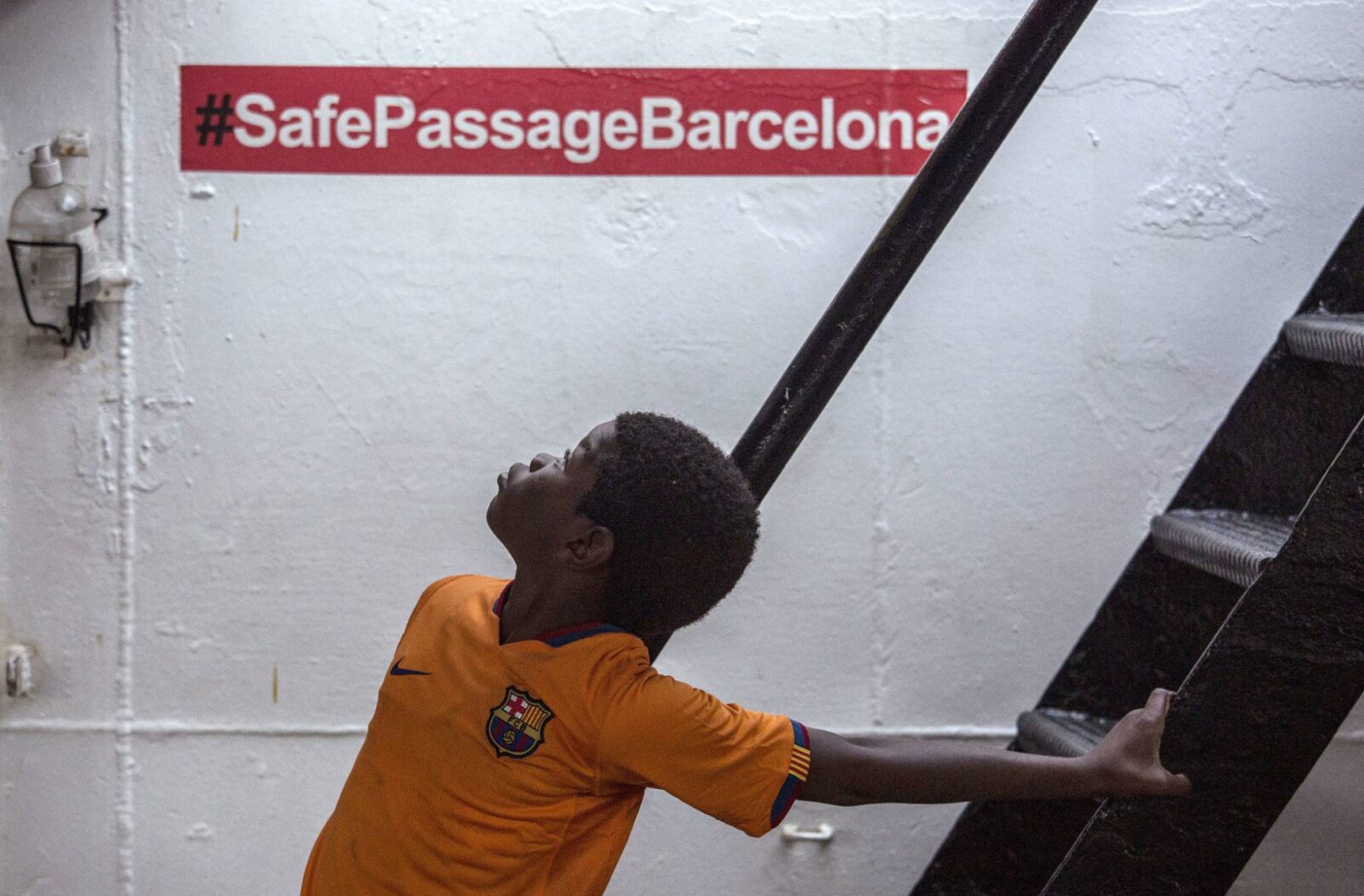 The 60 people aboard the ‘Open Arms’ entered the port of Barcelona after a four-day journey.

A rescue ship carrying 60 immigrants who were picked up off the coast of Libya on June 30 has reached the port of Barcelona after a four-day journey. The Spanish government on Saturday authorized the vessel to dock in the Catalan capital after Italy and Malta refused to accept the migrants, who hail from 14 different countries.

Wearing t-shirts with the logo of the aid group that rescued them, the Catalonia-based Proactiva Open Arms, the jubilant migrants were seen singing and dancing on deck as the ship pulled into port at around 11.15am.

The trip has been described as easier than others undertaken by the Open Arms ship, which has sometimes rescued hundreds of migrants in worse physical and psychological conditions than this group.

But Ricardo Gatti, the captain of the accompanying sailboat Astral, said that these rescue missions are not meant to have people spend so much time at high sea.

“The law says that after a rescue operation, the ship must go to the nearest safe port. Traveling 750 nautical miles to reach a port is unsustainable. It’s four days instead of one,” he noted.

On land, the head of operations, Anabel Montes, lamented that Italy and Malta closed off their ports and that the aid ship was forced to travel for four days. “While there are no rescue ships there [off the coast of Libya], hundreds of people die,” she said.

This is the second migrant ship that the new administration of Prime Minister Pedro Sánchez, of the Spanish Socialist Party (PSOE), has welcomed in recent weeks. Last month, a humanitarian ship named Aquarius made world headlines after it was denied permission to dock by Italy and Malta; its 630 migrants were finally taken in by Spain in a case that sparked a renewed debate about immigration in Europe.

Authorities had set up a team at the port of Barcelona in preparation for the ship’s arrival. The central government, the Catalan government, the city of Barcelona and the Red Cross are participating in the effort to provide medical and logistic assistance to the newcomers, who were rescued from an unseaworthy speedboat around 33 nautical miles off the coast of Libya, according to Spanish government sources.

Authorization to use a Spanish port came two hours after the request was issued. On Saturday morning, Barcelona authorities had expressed a willingness to take in the migrants.

“We ask Pedro Sánchez to let us help save lives, we don’t want to be accomplices to the death policies of Matteo Salvini,” tweeted Mayor Ada Colau that afternoon, alluding to the new Italian interior minister and his hard-line stance on immigration.