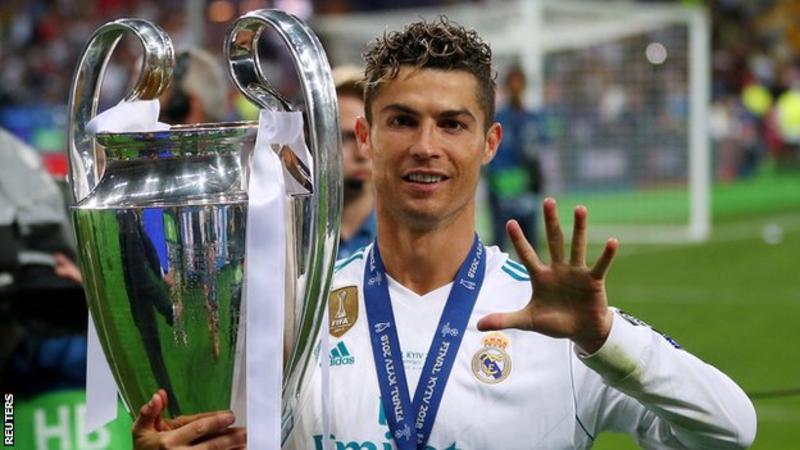 Real Madrid are considering an offer of about 100m euros (£88m) from Juventus for Cristiano Ronaldo.

However his age, and Real’s need to reshape a squad that finished 17 points behind La Liga champions Barcelona last season, has encouraged the Italian champions to make their move.

Ronaldo won his fifth Champions League title with Madrid in May.

Since that victory over Liverpool in Kiev, Real boss Zinedine Zidane has left the club and been replaced by former Spain coach Julen Lopetegui.

The five-time Ballon d’Or winner’s future has been the subject of intense debate over the past few years, and his relationship with Real president Florentino Perez has also been questioned.

Any move would eclipse Juventus’ record transfer fee of 90m euros (£79m), which they paid for Argentina forward Gonzalo Higuain in 2016.

It would also be more than the £80m Real paid Manchester United for Ronaldo in 2009.