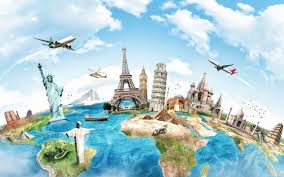 The tourism sector is gearing up for another record breaking year.

The Minister of Industry, Commerce and Tourism, Reyes Maroto, has said forecasts point to Spain receiving 30.4 million
tourists between July and September, almost 2.3% more than in the same period of 2017.

Its expected that tourism will bring €3.4bn into the Spanish economy, an increase of 4.1%. If the forecasts end up correct, it will cement Spain’s position as the second most visited country in the world.