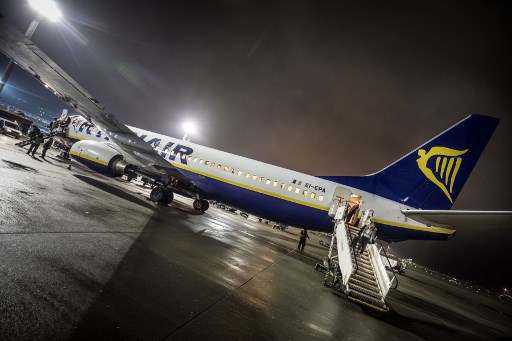 Spanish cabin crew unions demand that the low-cost airline respect the labour laws of each country in which it operates instead of applying Irish legislation.

Unions representing Ryanair cabin crew announced on Thursday they will call a strike on the 25th and 26th of July in Spain, as well as in Portugal, Italy and Belgium.

Workers are demanding that the low cost company abide by the labour rights of each country in which it operates and that it recognize the representatives elected by each organization to negotiate a collective agreement.

By calling a two-day strike they hope Ryanair will stop applying Irish labour legislation in all territories and rather adapt its working conditions to the framework of each country it flies to.

Union representatives across all four countries warned the airline of an impending “macro strike” for this summer last May, with these date in late July being the first ones confirmed.

They added that although the majority of the cabin crew is hired by temp agencies, the company intends to leave this matter off the debating table, “which implies a clear discrimination against workers who do the same work on the same planes and the same flights as those hired by the company itself, but in worse conditions, ” Ernesto Iglesias, of aviation union USO told Spanish daily El País.

In Spain, all workers hired through an agency must by law have the same working conditions as those contracted directly by any company.