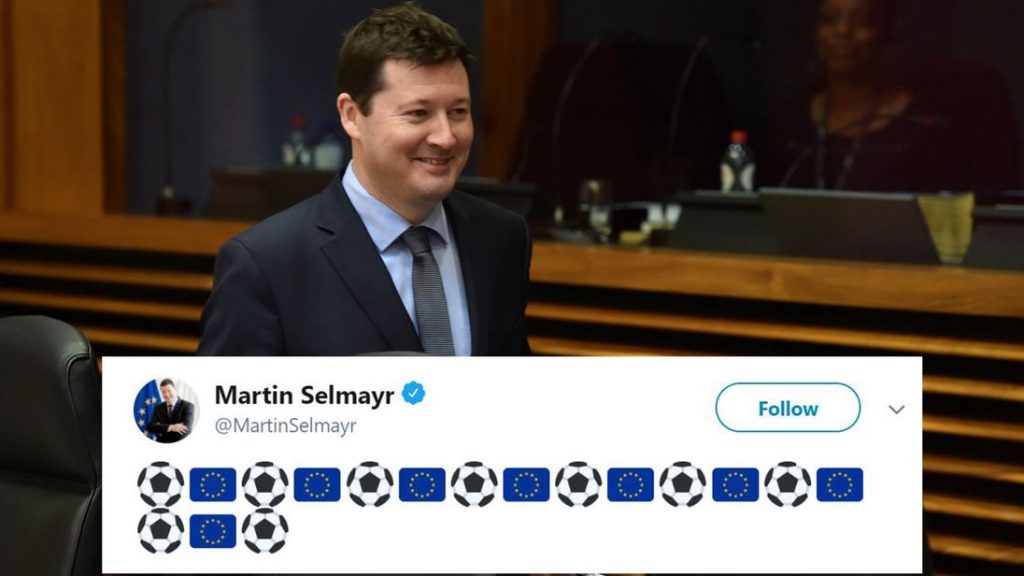 Martin Selmayr’s tweet, which came minutes after England’s defeat in the semi-final, has been described as “graceless”.

A top Brussels official has been branded “graceless” and a “wazzock” after he appeared to claim that Croatia’s World Cup semi-final win over England was a victory for the EU.

Ex-UKIP MEP Steven Woolfe, who now sits in the European Parliament as an independent, wrote: “What a shame all that money, all that power and it still didn’t buy you any class. #basseclasse”

Other Twitter users told Mr Selmayr to contact Gareth Southgate, as they highlighted pictures of the England manager consoling Colombia players in the wake of his team’s victory over the South American nation earlier in the tournament.

One posted: “Give a shout to Gareth Southgate. He could tell you a lot about graciousness and magnanimity whether it is towards your opponents or your own side. Class is a rare thing. Most people seem to lack it.”

The post infuriated crushed England fans, who had just seen their hopes of World Cup glory evaporate, with Mr Selmayr subject to a fierce backlash.

But some people leapt to the defence of Mr Selmayr, who is known as “the Monster” in Brussels.

The senior civil servant had posted a similar tweet on Saturday night, when Croatia’s quarter-final win over hosts Russia meant the World Cup’s final four were all EU nations.

A former chief of staff to European Commission president Jean-Claude Juncker, Mr Selmayr is a key power broker who has been branded Britain’s “Brexit nemesis”.

Last October, Mr Selmayr denied accusations he leaked details of a meeting between Mr Juncker and Theresa May to the German media, following the publication of a damning depiction of the prime minister.

Mr Selmayr also denied he was pushing for a punitive Brexit deal for the UK.

The German official’s sudden promotion to the head of the EU’s civil service earlier this year was subject to an investigation amid angry accusations of a “stitch-up” by Mr Juncker and his key ally.

The row became known in Brussels as “Selmayrgate”.