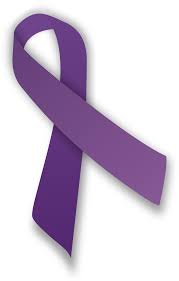 Carmen Calvo, who is also equality minister, wants to avoid rulings being open to the interpretation of judges, as happened in the Sanfermines rape trial

Spain’s deputy prime minister, Carmen Calvo, on Tuesday proposed a change to the country’s criminal code in order to ensure that rulings in sexual assault cases are not left open to the interpretation of judges. Speaking for the first time at the Equality Commission in Spain’s Congress, Calvo, who is also equality minister, proposed laws that follow the rule that “if a woman does not expressly say yes, that means no.”

This “only yes means yes” approach, Calvo said Tuesday, “ensures the autonomy, freedom and respect of a person along with their sexuality”

The announcement comes in the wake of widespread indignation over the court ruling in the so-called “La Manada” case, which saw five men tried in a Navarre court for sexually assaulting an 18-year-old at the 2016 edition of the world-famous Running of the Bulls fiestas in the northern Spanish city of Pamplona. The three judges that tried the case ruled that the men – one of whom is an ex-member of Spain’s Civil Guard, and another an ex-member of the army – were not guilty of rape, but rather of sexual abuse, based on videos that the men recorded on their cellphones, in which the victim was not seen to be objecting to what was happening.

The ruling sparked outrage throughout Spain, with street protests swiftly following. These demonstrations were repeated last month, when the five men were released on bail after having spent two years in custody, until their appeals have been heard in the courts.

Few details about the proposal from the new Socialist Party (PSOE) government have emerged, but according to what Calvo explained on Tuesday, the reforms would bring Spanish legislation in line with Sweden’s, where a law came into force in May that will mean that any sexual act without express consent will be considered rape. In the United Kingdom, Belgium, Iceland and Germany the law is similar. This “only yes means yes” approach, Calvo said Tuesday, “ensures the autonomy, freedom and respect for a person along with their sexuality.”

After the controversial ruling in La Manada case, Calvo said she felt it necessary to improve “some circumstances” of Spanish law, via the incorporation of a group of female lawyers who are “experienced in the field of gender violence,” in order to carry out a “sound review” of the criminal code.

“We cannot return to a situation where, via an interpretation, what is understood to be a serious crime against women is not considered as such,” Calvo continued.

The deputy prime minister also announced more funds in the fight against gender violence, without specifying an amount. Last September, the former Popular Party (PP) government of Mariano Rajoy approved a state pact aimed at combating domestic violence and bringing down the high rate of men in Spain who kill their partners or ex-partners. Calvo said on Tuesday that the country’s regional governments will meet toward the end of July to be briefed on the “lines of work” related to this pact.

Calvo began her address at today’s Equality Commission by pointing out that 21 women have been killed this year so far by their partners or ex-partners, and that among those victims were women who had asked for help and were under “protection that failed.”

From now on, the Spanish government will keep track of the number of domestic violence victims since official records began, and not by the year. Since 2003, a total of 945 women have been killed by their partners or ex-partners in Spain.