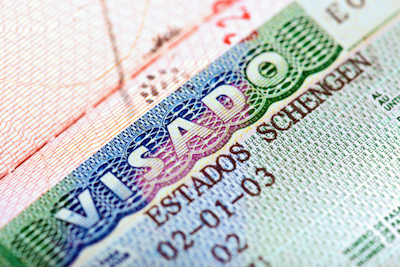 Members of Spain’s conservative party want the country to leave the EU’s Schengen Area if they “aren’t respected” by Germany, following their refusal to extradite separatist Catalan leader Puigdemont to Spain on grounds of treason.

Their words come just hours after a German court ruled that deposed Catalan leader Carles Puigdemont may be extradited to Spain but only for alleged corruption and not on the more serious charge of rebellion.

Carlos Casado, candidate to the presidency of Spain’s former ruling Popular Party, told journalists that if he were to become Prime Minister he wouldn’t allow for such “humiliations” and suggested the country close its borders “if there aren’t any guarantees that Spain will be respected”.

“With these kinds of decisions separatists feel supported by the international community,” Casado tweeted.

PP spokesperson in the European Parliament Esteban González Pons reiterated the conservative party’s sentiment by saying “this is a very sad day for the process of integration” as it proved that “European arrest warrants don’t work”.

“I demand that Sánchez scrap the enforcement of the Schengen Agreement in Spain, as so many other countries in the EU have done, until it becomes clear whether a European arrest warrant actually serves for anything,” González Pons is seen saying on a video posted on the party’s twitter page.

Deposed Catalan leader Carles Puigdemont was detained in Germany in late March on a European arrest warrant from Spain for his role in Catalonia’s failed independence bid last October.

Both the PP and the ruling socialist PSOE party wants Puigdemont to return to Spain so he can face trial for alleged rebellion, which carries a sentence of up to 30 years.

A court in Schleswig-Holstein had released Puigdemont on bail on April 6 after finding that he could not be extradited for rebellion – which is not punishable under German law.

The court argued that the closest legal equivalent, high treason, did not apply because Puigdemont’s actions were not accompanied by violence.

Spain is an active member of the Schengen Area, an area comprising 26 European states that have officially abolished passport and all other types of border control at their mutual borders.