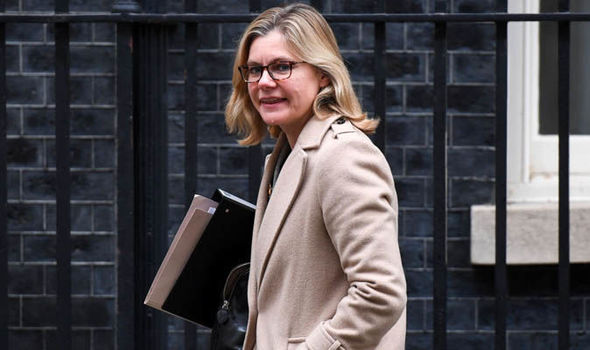 Downing Street has rejected Justine Greening’s call for a fresh referendum on the UK’s exit from the EU, saying it will not happen “in any circumstances”.

The former education secretary argued the final Brexit decision should be given back to the people and out of the hands of “deadlocked politicians”.

She called for three options to be on the ballot paper: the prime minister’s Chequers deal, staying in the EU or a clean break from Europe with no deal.

Amid continuing Tory divisions over Mrs May’s strategy, the government has accepted changes to legislation for customs arrangements after the UK leaves to avoid a Commons rebellion by Brexit-backing MPs.

No 10 said the amendments to the Customs Bill, including one that would preclude the UK from collecting tariffs on goods bound for EU countries, were “consistent” with the blueprint agreed by the cabinet.

Asked during a Commons statement on last week’s Nato summit whether she was “rolling over”, Mrs May said she would continue to “listen to the concerns” of colleagues regarding Brexit-related legislation.

Ms Greening, who resigned after the cabinet reshuffle in January, said the referendum should offer a first and second preference vote so that a consensus can be reached.

Speaking on BBC Radio 4’s Today programme, Ms Greening said the government’s proposals were a “genuine clever attempt at a compromise that could work” but “suits no-one”.

The MP for Putney said: “The reality is Parliament is now stalemated. Whatever the proposal on the table, there will be MPs who vote it down. But Britain needs to find a route forward.”

Ms Greening, who supported Remain in the EU referendum, is the highest profile ex-Cabinet minister to call for a second referendum.

She said there were other senior Conservatives who agreed with her stance, adding that people who supported Leave in the referendum would also feel the government’s approach is “not what they voted for”.

In her article in the Times, she lambasted the PM’s Brexit blueprint, saying: “We’ll be dragging Remain voters out of the EU for a deal that means still complying with many EU rules, but now with no say on shaping them.

“It’s not what they want, and on top of that when they hear that Leave voters are unhappy, they ask, ‘What’s the point?’

“For Leavers, this deal simply does not deliver the proper break from the European Union that they wanted.”