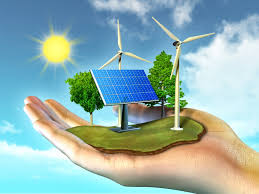 Spain’s progress to a low-carbon economy has taken a huge step forward with half of all power coming from renewable energy.

The data, which was taken from January and June, shows an 8.5% increase in renewable production.

At the end of 2015, Spain was the world’s fifth biggest producer of wind power with Cadiz home to  Acciona Energía – the world’s largest wind farm builder and developer.

Heavy rainfall in Spain earlier this year helped hydro production reach over 20,000 GWH (Gigawatt per Hour), equal to 16.9% of power.

Over the past decade, Spain has increased its renewable power by 53% with companies looking to invest a further 30,500 megawatts of new capacity to further support the integration of renewables.

A strong renewable energy sector will help Spain’s position within the Paris Accord Agreement: an agreement by most nations to combat climate change.

The success of Spain’s wind power industry has seen electricity supplied to 18.4% of Spain and employment figures by this booming sector, has brought 22,468 jobs to the country.

Spain is now ranked the fifth country in installed wind power and the fourth in wind turbine exporting in the world.