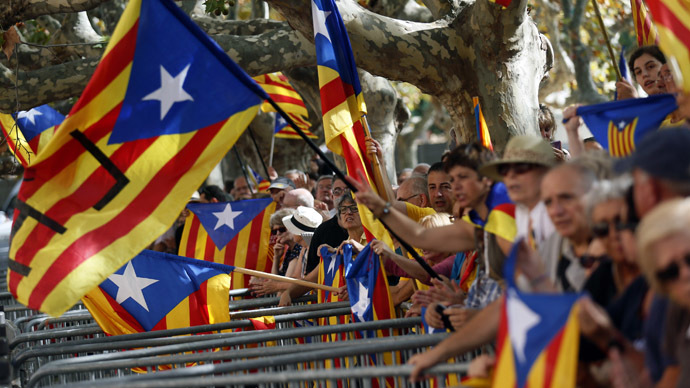 Spain’s Constitutional Court said on Tuesday it had blocked a motion approved by Catalonia’s parliament to resume steps to declare independence of the wealthy northeastern region.

The court’s formal suspension of the secessionist motion approved on July 5 by the Catalan assembly in Barcelona followed an appeal against the move filed by Spain’s central government in Madrid.

The Catalan parliament may appeal against the Constitutional Court decision within the next 20 days. Both the top court and the Spanish government have said Catalonia cannot hold a referendum on independence under Spain’s constitution.

Catalonia’s secessionist campaign is one of the thorniest issues confronting Sanchez after he toppled center-right premier Mariano Rajoy on June 1 in a vote of no-confidence.

As a result, Torra said Catalonia’s secessionist quest would continue under the new administration.

Sanchez, while opposed to Catalan independence, has adopted a more emollient approach to the problem than Rajoy, favoring dialogue and a removal of financial controls on Catalonia.

A number of members of the previous Catalan administration are awaiting trial for their part in last year’s independence drive, while former leader Carles Puigdemont is in Germany awaiting the outcome of an extradition request from Madrid.