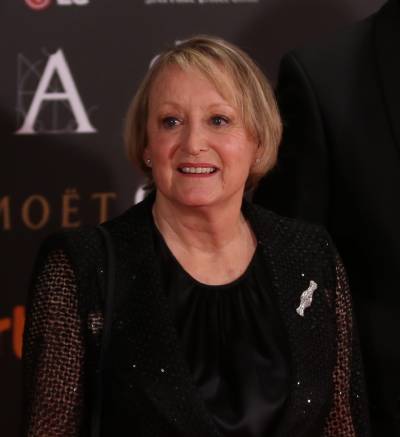 BRITISH-BORN honorary chairwoman of the Spanish Film Academy, Yvonne Blake, has died aged 78 just seven months after suffering a stroke which forced her to step down from her leader role.

The Oscar- and Goya-winning costume designer from Manchester – who has held Spanish nationality since the 1970s when she met her director’s assistant husband Gil Carretero – was elected head of the Film Academy in October 2016.

She collapsed in January this year after saying she felt unwell, and was rushed to Madrid’s Ramón y Cajal hospital in a ‘serious but stable’ condition.

She was replaced as chair by her colleague Mariano Barroso in June, as she was unable to continue for the time being due to the long road to recovery ahead of her.

She was, however, made honorary chairwoman in recognition of her excellent work.

Although she was discharged from hospital, Yvonne never made a full recovery and it is believed complications relating to the original stroke may have caused her death in Madrid this morning (Tuesday).

Yvonne has won a Best Costume Oscar for Franklin J Shaffner’s Nicholas and Alexandra, a British epic about the last Tsar of Russia Nicholas II and his wife, the Tsarina Alexandra, set between 1904 and 1918 and filmed in Spain and what was then known as Yugoslavia.

One of her Goyas was earnt through her costume design for Rowing with the Wind, Suárez’s 1988 production about poet Percy Bysshe Shelley and his daughter, Frankenstein author Mary Shelley – the film responsible for Hugh Grant and Liz Hurley having met and become partners.

Lester’s The Four Musketeers earnt Ms Blake a BAFTA and an Oscar nomination, and she received BAFTA nominations for Jesus Christ Superstar, Nicholas and Alexandra, and The Three Musketeers.