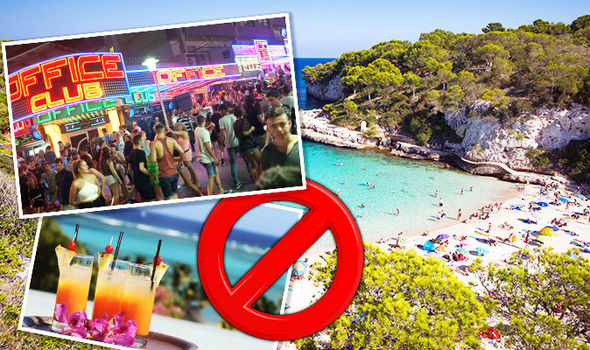 British tourists hoping to make the most of all-inclusive alcohol deals this summer are set to be disappointed as two Spanish islands prepare to ditch unlimited booze.

All-inclusive holidays may soon be less inclusive, as islands Majorca and Ibiza in Spain reveal plans to charge tourists extra for alcohol.

The booze crackdown is part of an attempt by the Balearic government to limit drunkness and anti-social behaviour on the popular islands.

The government see alcohol as the main driving force behind the debauched behaviour displayed by a vast number of Britons in both Majorca and Ibiza.

Local Majorcan newspaper, Diario de Mallorca, has revealed that the government wants hotels to charge separately for alcohol, even for tourists on all-inclusive deals.

The general director of tourism for the Balearics, Antoni Sansó, said that they don’t intend to prohibit alcohol “because you can not” but rather “regulate it.”

He told the newspaper that alcohol shouldn’t be included in all-inclusive board.

Instead, alcohol should be treated using the same formula as for half-board and full-board packages.

Sansó explained that the government would be speaking to councils individually before imposing proposals.

There are currently 270 all-inclusive hotels registered in Mallorca, making up 22 per cent of the total hotels.

Calvia council, which is in charge of Magaluf on the Spanish island is particularly keen to clamp down on all inclusive deals.