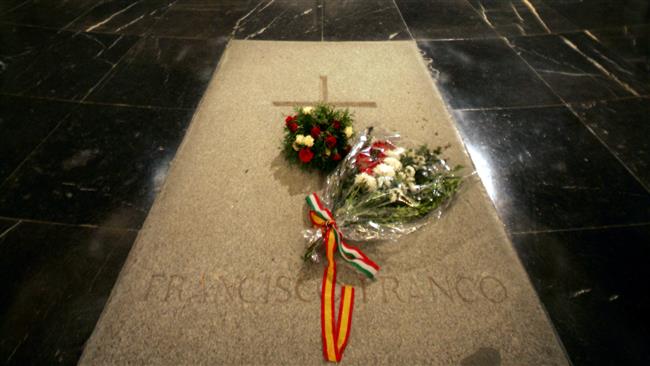 Spanish Prime Minister Pedro Sánchez has spoken at an extraordinary session of Congress today to explain his governing program, a month and a half after coming to power on the back of a historic no-confidence vote against the government of Mariano Rajoy, of the Popular Party (PP).

The Socialist Party (PSOE) leader has been facing criticism from political groups in the lower house, including some of those who helped him win the no-confidence vote. The PP accused Sánchez of being indebted to Catalan and Basque separatists, while leftists say he is already going back on promises such as publishing the names of tax evaders.

In his speech, Sánchez talked about democratic renewal, social policies and Spain’s role in the world. He also announced a ban on future tax amnesties and a 15% corporate tax for large companies. The PM additionally pledged to soon transfer the remains of former dictator Francisco Franco from his current burial site at the Valley of the Fallen, outside Madrid.

“I want to announce to you that the political decision of this government is taken,” he told Congress. “We are going to exhume the remains of the dictator Franco from the Valley of the Fallen, and this – barring last-minute changes to the means that will make this possible – will take place in a very brief period of time. The wounds have been open for many years, too many, and the time has come to close them. Our democracy will have symbols that unite citizens.”

Sánchez also spent time talking about the situation in Catalonia, which he has listed as a priority for his administration.

“The priority goal for this government is to reduce the crisis in Catalonia. There are political alternatives that are worth exploring,” he said, citing “frank and direct dialogue with the guarantees of the Catalan Statute and the Constitution. Dialogue is not the same as yielding.” On July 9, Sánchez met with Catalan premier Quim Torra, a hard-line separatist, at a meeting that symbolized a thaw in the rarefied relations between Madrid and Barcelona.

The PSOE leader talked about housing, jobs and pensions in a speech that underscored the importance of the welfare state and the growing relevance of women in his own government – which has the most female ministers of any Spanish Cabinet – and in society as a whole.

“The key to our welfare model is pensions,” he said. “The sustainability of our pensions system must rest on a change in our productive model, on a model that does not penalize permanent contracts. And vocational training must play a leading role. And we want to create 20,000 subsidized housing units to be used indefinitely as rental properties.”

But Sánchez admitted that he will not be publishing the list of taxpayers who benefited from the last tax amnesty. “I wish,” he said, drawing criticism from Podemos and other parties in Congress. (see bottom box)

“Pedro Sánchez promised more than 10 times during his campaign that, once in government, he would publish the list of evaders from the PP’s tax amnesty,” said Podemos official Pablo Echenique. “Sánchez is now in government, and he just said in Congress that he will not publish it. He is disappointing us soon. Too soon.”

“A month and a half to hear about your governing plan,” said Toni Roldán, of the Ciudadanos party. “In these 56 minutes, I have yet to hear a single reform to address the three great bottlenecks preventing progress in this country: employment, education, institutions. You can’t live off gestures forever.”

But the biggest verbal blows came from the PP, which was unseated from power following a damning court ruling on a sweeping corruption case known as Gürtel.

“You have to permanently satisfy the partners who are holding you in government without the legitimacy of the ballot boxes,” said PP spokesman Rafael Hernando, alluding to the parties whose support was instrumental in pushing Rajoy out of power, and to the fact that Sánchez has no plans to hold early elections but instead wants to serve out the rest of the term. “You have already named more ministers and high-ranking officials than the seats you have in this house.”