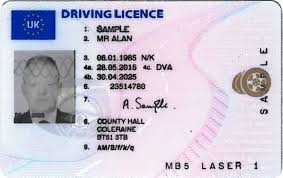 Plans are being drawn up to issue millions of permits so Britons can drive on EU roads after Brexit.

Up to seven million International Driving Permits could be needed inside a year if the UK and the EU do not agree to mutually recognise licences, the National Audit Office (NAO) says.

The public spending watchdog warned that “detailed delivery plans” had not yet been completed.

But the government told it the project was “deliverable”.

The NAO report looks at how the Department for Transport is preparing for the UK’s departure from the EU in March 2019.

It said the department had made a “determined effort” to address the “significant and complex challenge” of Brexit – but “still has much to do” with an increasing risk that projects will not be delivered on time.

Currently, UK driving licences are valid in all EU countries, plus Iceland, Liechtenstein, Norway and Switzerland.

But unless a specific agreement is reached, UK drivers will need “additional documentation” in Europe after Brexit, the report says.

The government’s preparations for this scenario include ratifying a 1968 road traffic convention so International Driving Permits are recognised.

About 100,000 of these documents – which cost £5.50 and take about five minutes to apply for – are currently issued each year, and they are recommended or required in more than 140 countries worldwide.

This could increase to seven million permits being issued by 4,500 Post Offices in the first year of Brexit unless a deal is agreed, the NAO report says.

Other transport schemes it looked at include Project Brock, to deal with lorry queues on roads to Dover for cross-Channel journeys. The plan involves holding coast-bound lorries on the M20 so traffic not heading for the port can carry on moving.

While Highways England believes the project “has very little room for delay” and “carries significant risks”, according to the NAO, the Department for Transport said it was confident it would be completed by March 2019.

The report estimates that Brexit planning and implementation will have cost the department £180m by March 2022.

“These are extraordinary times for the civil service and government,” said NAO head Amyas Morse.

“The department has achieved a great deal in its preparations but over the coming months it will, like many other departments, need to scramble to prepare for the UK’s EU exit, particularly if we are faced with a no deal scenario.”

“We have prioritised preparation for EU exit and royal assent of the Haulage Permits and Trailer Registration Bill will be a significant step in this process.”

The bill deals with a post-Brexit lorry licensing system in the event of no deal being reached.

The spokesman said this was part of wider plans for a “smooth and orderly Brexit”.