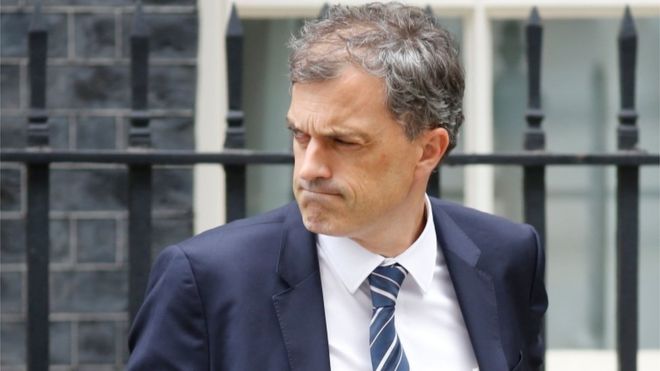 Labour’s deputy leader Tom Watson has accused Theresa May of making “blatantly untrue excuses” for the behaviour of her chief whip.

Mr Watson said the PM’s defence of Julian Smith was “unbelievable” and public trust in politics was at stake.

Mr Smith is under fire after telling a Tory MP to take part in a key Brexit vote, despite an agreement not to with a Lib Dem MP on maternity leave.

Pressed on Friday, the PM repeated her claim it was an “honest mistake”.

Pairing is an informal arrangement between two MPs of opposing parties that allows them, with the agreement of the whips (whips are the MPs responsible for discipline in each party), to miss occasional votes in the House – for example if they are ill, off on leave or out of the country.

Mr Lewis, who was paired with the Lib Dem deputy leader Jo Swinson, did not take part in most of Tuesday’s Trade Bill votes, but did take part in the two closest divisions – one on customs, which the government won by just six votes, and another on medicine regulation, which it lost.

Both he and Mr Smith have apologised to Ms Swinson, who gave birth to her second son Gabriel on 29 June and is on maternity leave, saying it was an “honest mistake”.

Asked whether she endorsed her chief whip’s conduct, Mrs May said: “There was an honest mistake made for which the chief whip and Brandon Lewis have both apologised to the member concerned.”