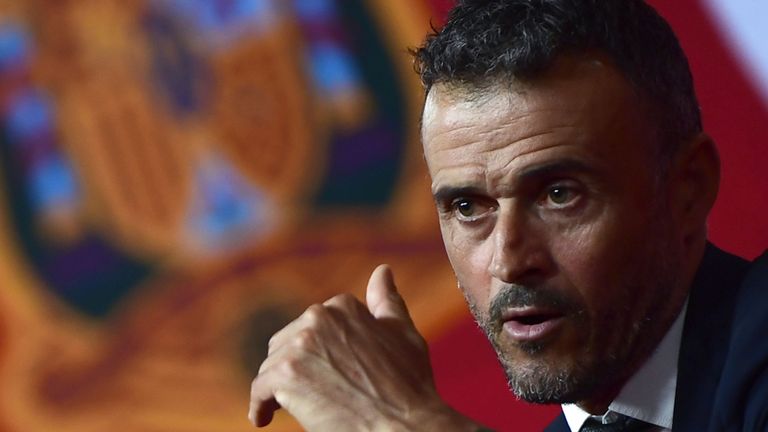 Luis Enrique says he will opt for evolution rather than revolution with Spain as he begins his reign as national team boss.

The former Barcelona head coach has been handed the task after the departure of Julen Lopetegui to Real Madrid.

Lopetegui was shown the door on the eve of the World Cup after it was announced he was to take over at the Bernabeu after the tournament. Fernando Hierro took charge as the 2010 champions crashed out to hosts Russia in the last 16.

Enrique is convinced they can return to the days when they claimed back-to-back European Championship titles.

Speaking as he was formally unveiled on Thursday, the 48-year-old said: “I’m not a fan of the word failure, but the results haven’t been good. But we owe these players a lot.

“There won’t be a revolution but an evolution. There are players coming through who we need to give confidence and we have to be as fair as possible to everyone.”

“The line that separates success from failure is very fine and they did an excellent job.

Enrique’s appointment comes at a time when defender Gerard Pique and midfielder Andres Iniesta are to step away from international football.

Pique announced in 2016 that this year’s World Cup finals would be his last tournament, while 34-year-old Iniesta has indicated he has played his final game for Spain as he prepares to head for Japan and a new phase in his club career.

“Despite the players we have, we have now gone three major tournaments without winning and that shows how difficult it is to win one.

“We will look at all cases individually and analyse what is best for the future of the national team.”