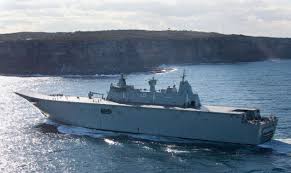 The announcement Thursday formalizes a plan reached in April when the crown prince of Saudi Arabia, Mohammed bin Salman, visited Spain and met with then-Prime Minister Mariano Rajoy and Defense Minister Maria Dolores de Cospedal. At that time the agreement was valued at 2 billion euros ($2.3 billion).

The state-owned company says Navantia will build five Avante 2200 corvettes for the Royal Saudi Navy, starting in the fall, and finish its work by 2022.

SAMI says the contract will provide 6,000 direct and indirect jobs for five years.