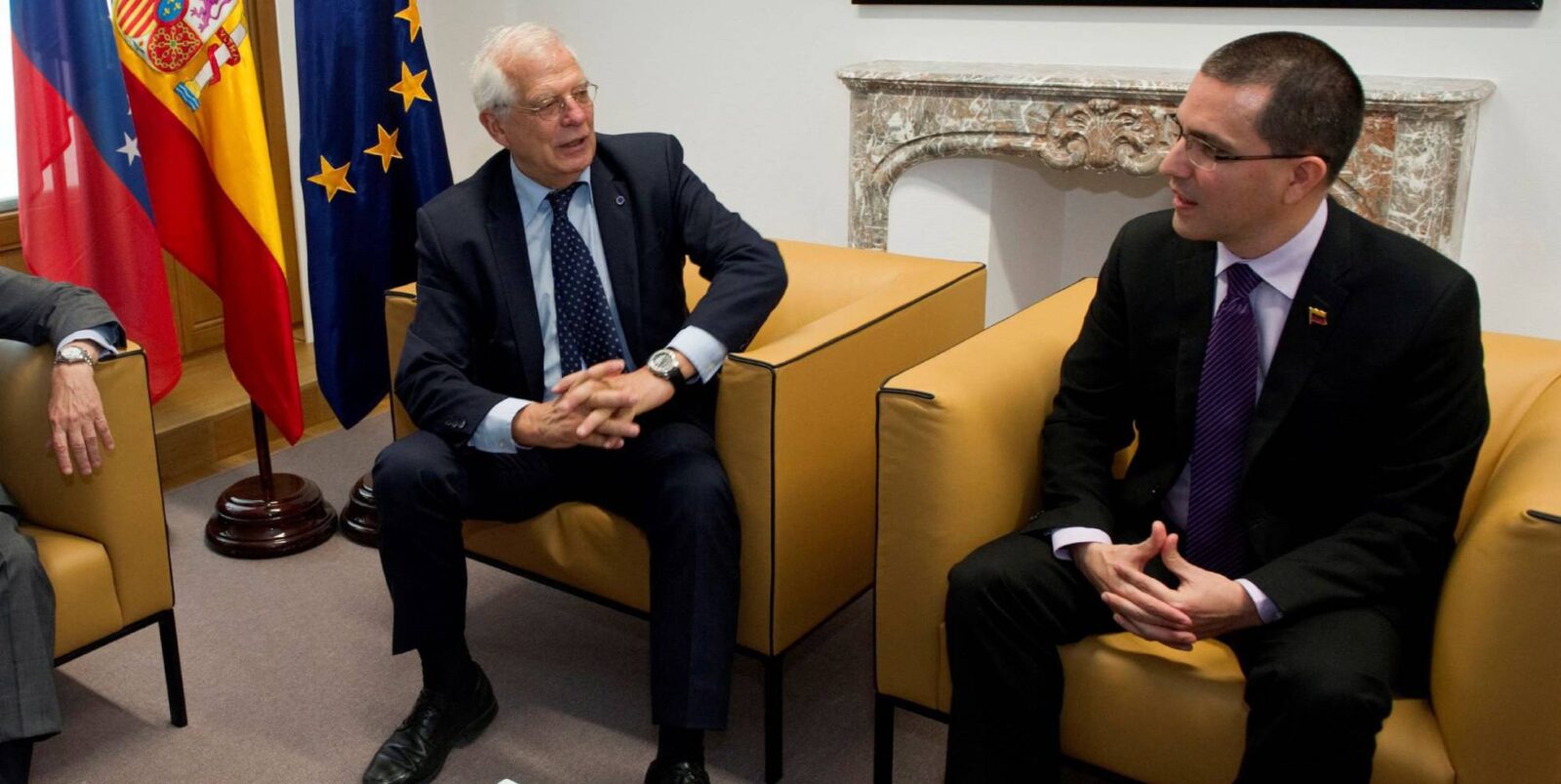 The Spanish government is changing its relationship with Venezuela and Cuba. The new Socialist Party (PSOE) Prime Minister, Pedro Sánchez, has decided to end the hard line followed by his predecessor Mariano Rajoy, of the Popular Party (PP), in favor of a new climate of “dialogue.”

The decision was relayed by Foreign Minister Josep Borrell this week to his Venezuelan counterpart, Jorge Arreaza, at a summit in Brussels. A high-ranking official from the Spanish ministry met with Cuba’s deputy foreign minister, Abelardo Moreno, to convey a similar message.

The occasion was the second summit of foreign ministers from the European Union and the Community of Latin American and Caribbean States (CELAC), held on Monday and Tuesday. There were delegates from 33 states at the gathering, representing around 600 million people.

At private encounters held during the course of the summit, Borrell met with Arreaza for half an hour, while the Spanish secretary of state for Latin America, Pablo de la Iglesia, did the same with Moreno at the latter’s request. It was the new Spanish executive’s first high-level meeting with a Cuban authority figure.

The symbolic value of the move was reflected by Venezuela’s Arreaza, who posted pictures of his meeting with Borrell on his Twitter account with the following message: “We had a cordial and productive meeting. Both governments are opting for dialogue based on mutual respect and integral cooperation.”

The move signals a significant change in relations. In January of this year, Spain and Venezuela recalled their respective ambassadors over the latest in a series of political crises between both countries. Back then, Venezuelan authorities asserted that Spanish PM Rajoy and his foreign minister, Alfonso Dastis, were heading a hard-line EU strategy of sanctions against Venezuela.

As recently as late May, Dastis was publicly defending the need to “increase the pressure” on the government of Venezuela with more “unilateral and restrictive” sanctions in order to convince the Nicolás Maduro regime of the need to find “a truly democratic way out” for his country.

On June 1, Rajoy was removed from office in a historic no-confidence vote led by then-opposition leader Pedro Sánchez, who became the new prime minister of Spain and announced changes to many of his predecessor’s policies.

In an appearance last week before the Spanish Congress’s foreign affairs committee, Borrell had already said that he does not believe in the value of sanctions or in a tough embargo against Venezuela. Following his talk with Arreaza, the ministry issued a release ratifying this change in attitude and expressing a desire to “maintain bilateral relations that will facilitate addressing the multiple issues derived from the ties between both countries, in spite of existing discrepancies.”

Borrell told his Venezuelan counterpart about “the EU’s deep concern” regarding the situation in his country, but also about Spain’s “willingness to actively contribute to creating the conditions for a democratic, peaceful and negotiated way out of the situation, and its goal of maintaining a flowing communication with the government, the opposition and the relevant international actors.”

With regard to the Socialist administration’s first meeting with a Cuban official, the Foreign Ministry talked in a statement about the desire to “expand the valuable and constructive bilateral relation that unites both countries,” emphasizing the change of attitude from an earlier EU Common Position against Cuba.

Spain trusts that the new Cuban government will “successfully address the significant challenges that lie ahead and tackle pending reforms.” Spanish authorities are volunteering to “help and accompany [Cuba] in its transformation process.” Government sources in Cuba said they appreciated the “gesture” and that an official trip to the island would be planned for 2019.

There was some criticism in Brussels over Spain’s new position. Beatriz Becerra, an MEP for Alliance of Liberals and Democrats (ALDE), called it a sellout and a betrayal of the EU’s common position on Cuba.