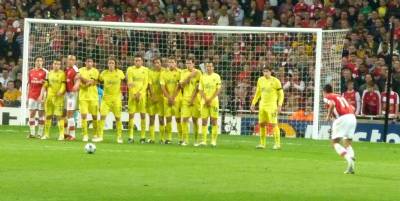 THE CONTROVERSIAL Video Assistant Referee (VAR) system used at the World Cup in Russia has come to Spain for the first time – and has not yet caused any disputes.

A friendly between Hércules FC and Villarreal CF in the latter’s stadium in the province of Castellón used seven cameras to monitor the match, which ended in a 1-1 draw with goals by Álvaro Salinas – set up by Óscar Díaz – and by Gerard Moreno, who was bought from Catalunya-based club FC Espanyol for €20 million.

Now the VAR has been successfully trialled in Spain, it is likely to extend to other matches nationwide.

The photograph shows Villarreal CF at a home match.