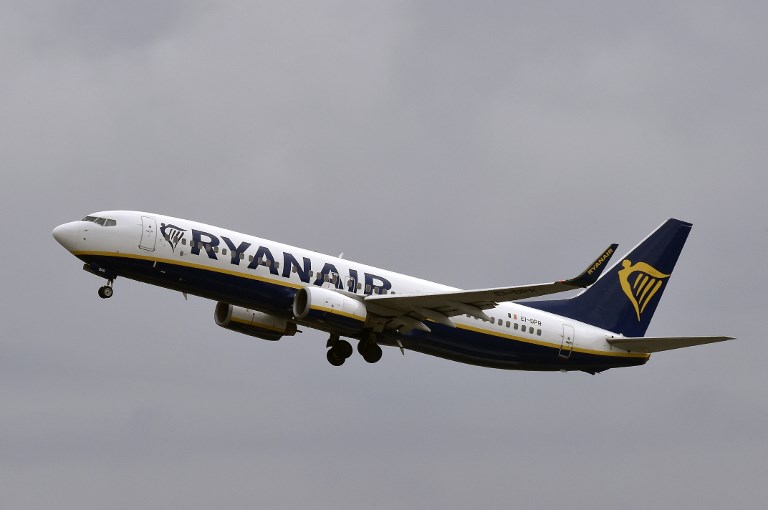 With the busy summer season in full swing, Ryanair’s cabin crew are all set to go on strike Wednesday and Thursday in Spain, Portugal, Belgium and Italy, forcing the airline to cancel 600 flights.

Five unions are behind a stoppage affecting 100,000 passengers, forcing the no-frills airline either to reimburse their trips or offer them alternative flights.

According to the company, “90 percent of affected passengers have been transferred” to another flight.

Spain, the world’s second tourist destination after France, is the worst affected country.

The airline predicts the strike could affect “up to 200 of over 830 daily Ryanair flights” to and from there.

In Portugal and Belgium, Ryanair says the stoppage will affect up to 50 daily flights.

In Italy, unions have also called for a stoppage but the airline says its flights schedule there will not be affected.

Founded 33 years ago in Dublin, the Irish low-cost carrier has grown quickly and boasts lower costs per passenger than its competitors.

But employees have long slammed their work conditions and the airline has been hit by several strikes this year.

But Spain’s Antonio Escobar of the Sitcpla cabin crew union retorted: “In Italy, some 100 Ryanair cabin crew sent Ryanair a letter to claim the difference between the €17,000 they’ve earned and these €40,000.

“The large majority of cabin crew don’t have a base salary, which means if you don’t fly, you don’t get paid,” he added.

Unions want the airline to give contractors the same work conditions as its own employees.

“On board the same plane, for instance a Madrid to Charleroi flight, you will find four cabin crew members doing the same job but none will be earning the same,” Escobar said.

One will be employed directly by Ryanair and the others by temporary work agencies, he added.

Unions are also asking that Ryanair staff be employed according to the national legislation of the country they operate in, rather than that of Ireland as is currently the case.

Earlier this month, a Dutch appeals court ruled Ryanair employees based in the Netherlands must be covered by Dutch law.

Ryanair argues as its planes fly under Irish flags and most of its employees work on board planes staff are covered by Irish law.

The Spanish government has called for Ryanair to provide a minimum service during the strike, as it is “the company that transports the most passengers in the Spanish market.”

It wants Ryanair to guarantee “100 percent of flights” from mainland Spain to the Balearic or Canary Islands, as well as 59 percent of international flights.

It is unclear whether that will happen.

Ryanair on Monday reported first-quarter profit down more than a fifth on higher fuel costs and pilot salaries.

April to June profit after tax slid 22 percent to €309.2 million compared with a year earlier.

The airline expects more strikes over the summer “as we are not prepared to concede to unreasonable demands that will compromise either our low fares or our highly efficient model.”

He said the mobilisation of cabin crew in other countries would “stop Ryanair from using other crew to replace those striking, as was the case during the last strike in Portugal,” which lasted three days in the spring.

In Belgium, “48 daily flights will be cancelled” at Charleroi airport, an airport spokesman told the Belga news agency in just the latest stoppage to hit Ryanair.

On Friday, pilots in Ireland unhappy over pay and other conditions went on strike, resulting in the cancellation of 24 flights between Ireland and the UK.

They had already downed tools earlier this month and have called for a third day of strikes Tuesday.