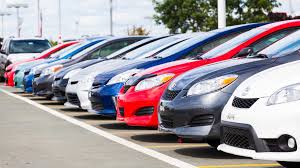 New car sales fell by 17 percent in September from a year earlier, data from the vehicle association Anfac showed on Monday, after new car sales jumped 48.7 percent in August year on year.

Some 69,129 cars were sold in Spain in September, the Anfac figures showed, while in the first nine months of the year, sales rose 11.7 percent from a year earlier to 1.04 million units, Anfac said.