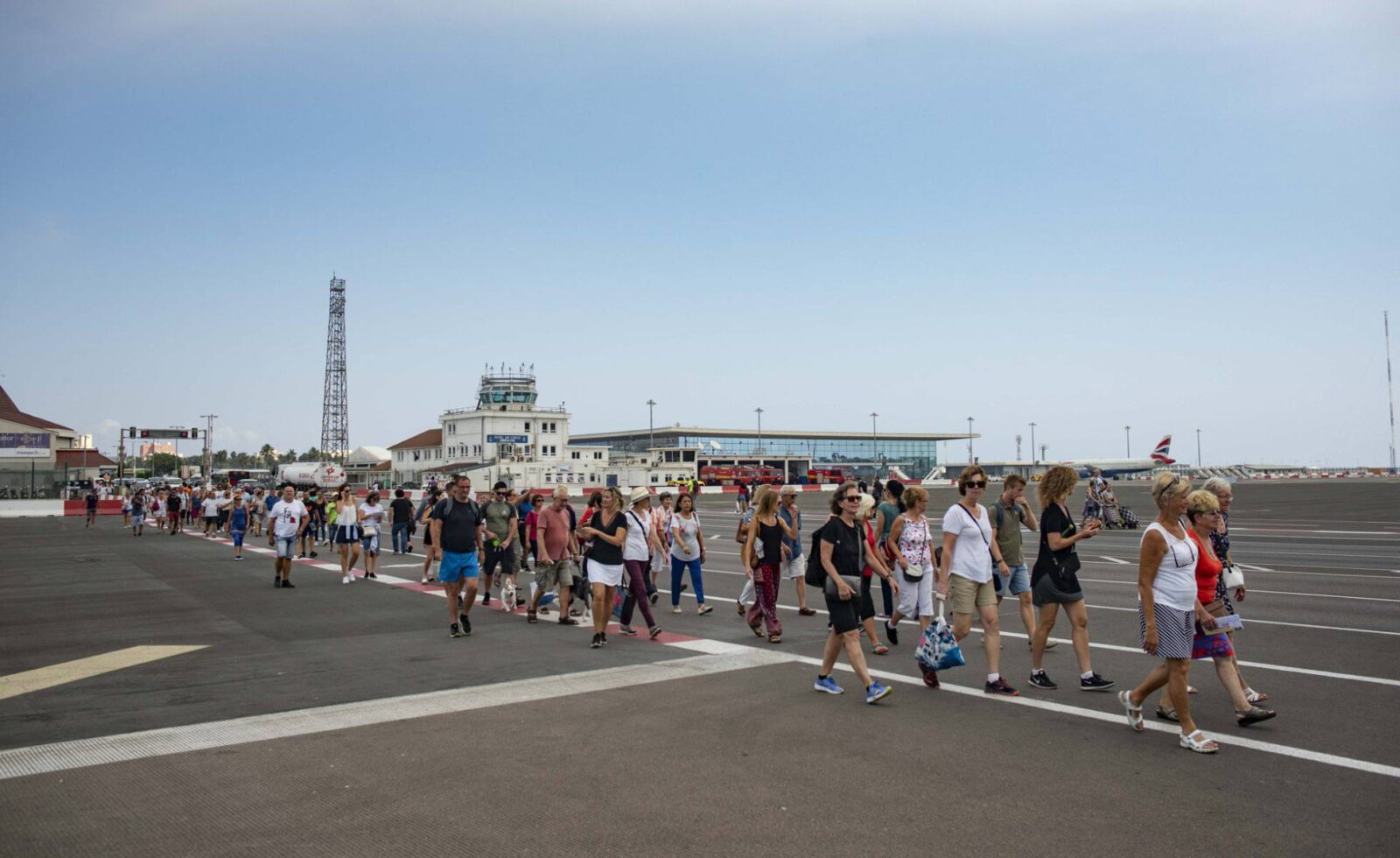 As the deadline for the final accord approaches, both countries are seeking to protect their citizens’ rights, but negotiators are aware of the risks of there being no deal

As Brexit negotiations enter their final phase, the European Commission (EC) is working to ensure that a deal over Gibraltar is done in time. The Brussels-based European Union institution has taken the reins of the issue, which up to now was being dealt with by Spain and the United Kingdom, in order to close a deal as soon as possible over the British Overseas Territory.

European negotiators last week were urging the UK to conclude a pact on Gibraltar. Both Madrid and London are seeking to protect the rights of their citizens – i.e. Spaniards who work in the British territory, and Gibraltarians who work in Spain – even if the UK crashes out of the 28-member bloc without a deal.

Last week, the EU’s chief Brexit negotiator, Michel Barnier, held a meeting in Brussels with British representatives. Several sources close to the meeting have told EL PAÍS that the encounter was somewhat different to the usual format, in that Spanish representatives sat on the same side of the table as those from the EC, in a discussion focused solely on Gibraltar.

During the talks, Barnier’s number two aide, Sabine Weyand, warned British negotiators that they should reach a deal with Spain as soon as possible, and assumed all of the demands of the Spanish government. “Brussels completely supports Spain in this process,” EC sources said, despite the fact that the question of Gibraltar had initially left Barnier’s team uncomfortable, given that they saw it as an added obstacle to the general difficulty of reaching a Brexit deal. A British spokesperson opted not to evaluate the content of this specific meeting, but did say that “constructive conversations” were taking place.

All the same, Spain is finding unforeseen difficulties in the talks. In an interview with the news agency EFE, the Spanish secretary of state for the EU, Marco Aguiriano, explained on Friday that the British government had only sent the first papers to Madrid 10 days ago, after six rounds of talks about Gibraltar – and that these documents held surprises for Spain. “They’d taken things out that they had said to us before and added others that they had never mentioned,” Aguiriano stated.

Spanish demands have not changed, although the level of ambition is evolving in order to not frustrate any possibilities of success. As such, there is little hope that these talks will see agreement on a joint use of the airport in Gibraltar between Spain and the UK. The government of Spanish Prime Minister Pedro Sánchez is seeking to reduce the wealth gap between inhabitants of Gibraltar and neighboring Campo de Gibraltar, given that the latter suffers high rates of unemployment and poverty.

Spanish demands have not changed, although the level of ambition is evolving in order to not frustrate any possibilities of success

The areas where Spain is seeking improvements include tobacco smuggling, low tax rates in Gibraltar (which encourage Spanish companies to set up there), environmental issues (pollutants discharged by Gibraltar that affect Algeciras Bay) and the rights of Spanish people.

Both London and Madrid want to protect the rights of Spanish workers who cross the border every day (between 10,000 and 12,000, according to the Spanish government; fewer than 9,000 according to figures from Gibraltar), and of Gibraltarians who have interests in Spain.

In order to facilitate this, negotiators are planning a pact on Gibraltar that will be annexed to the general Brexit deal, as well as a memorandum of understanding between Spain and the United Kingdom with regard to bilateral issues.

This is where, for example, the role of citizens’ liaison officer would be set out, an official who would be there to guarantee citizens’ rights and ensure that people could cross the border without issues. On the day that the UK leaves the EU – in principle, March 30, 2019 – the frontier will become an external European Union border.

Gibraltar has expressed its discomfort with a format (Spain-UK, or even Brussels-Spain-UK) that excludes it from negotiations

Given that these are decisive moments for the process, there have been a number of key meetings. Last week, Barnier spoke to the Spanish economy minister, Nadia Calviño, about the “serious economic challenges created by Brexit.” And last Tuesday, the interior minister, Fernando Grande-Marlaska, met with his British opposite number, Sajid Javid, with whom he discussed the security issues thrown up by the process. That day also saw a meeting between Spanish Foreign Minister Josep Borrell and his opposite number, Jeremy Hunt, in New York. And on Thursday, Barnier met with Industry Minister Reyes Maroto.

Gibraltar has expressed its discomfort with a format (Spain-UK, or even Brussels-Spain-UK) that excludes it from negotiations. A spokesperson from the Gibraltarian government argued that all the issues under discussion are under its jurisdiction. The British government has always stated that the government of Chief Minister Fabian Picardo is always involved in the talks. In order to tackle this unease, the UK’s Brexit minister, Dominic Raab, met last Wednesday with Picardo.

Despite the advances, the main obstacle in negotiations over Gibraltar has nothing to do with the issues between Spain and the UK. What presents a greater risk at the moment is the lack of any Brexit deal at all. Both the Spanish and the European negotiators know that their ongoing talks could be completely derailed. The uncertainty will persist at least until Wednesday, when the British prime minister, Theresa May, appears at her Conservative Party conference. Until then, any commitments will remain up in the air.