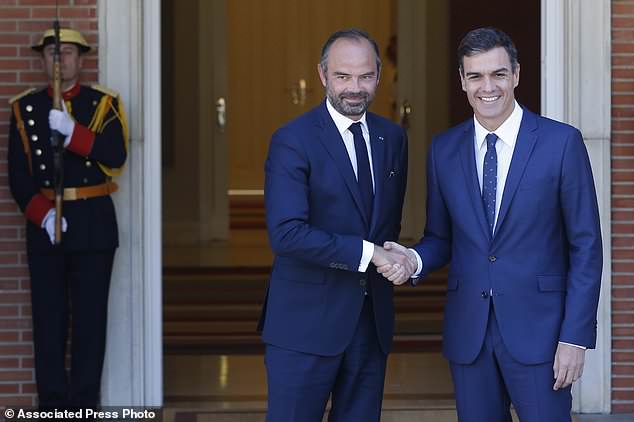 France is handing over to Spain 7,000 objects including weapons and documents that could clear more than 350 unresolved crimes committed by the militant group ETA in its six-decade campaign for Basque independence.

Pedro Sanchez and Edouard Philippe, respectively prime ministers of Spain and France, presided over a ceremony in Madrid on Monday to mark the handover and highlight bilateral judicial and police cooperation.

Former Spanish leaders, relatives of ETA’s victims and attack survivors held a minute of silence at the ceremony, which was meant to put a definitive end to the militant group.

ETA, an acronym for “Basque Homeland and Freedom,” dissolved in May after killing 853 people and injuring more than 2,600 as it pursued the creation of an independent state in northern Spain and southern France.