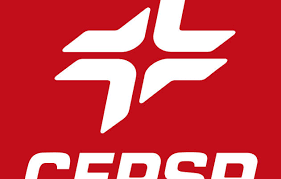 Abu Dhabi state investor Mubadala aims to value Spanish oil major Cepsa at up to 8 billion euros ($9.22 billion) in the company’s initial public offering (IPO), according to the price range set in its prospectus on Tuesday.

The deal will be the biggest stock market flotation on the Madrid exchange since Spanish airports manager Aena three years ago, helped by a rebound in crude oil prices that has lifted valuations of oil companies.

Mubadala, which announced the planned Cepsa listing two weeks ago, is expected to raise about 2 billion euros with the sale of a 25 per cent stake in the Spanish company.

The final share price is expected to be set on Oct. 16, with the flotation expected two days later.

The listing will provide Cepsa with wider access to capital markets, Mubadala has said.

Cepsa employs more 10,200 people and has fields in Latin America, North Africa, southeast Asia and Spain, with total production of more than 175,000 barrels a day of oil equivalent. It is also a significant player among European oil refiners, with processing capacity of 483,000 barrels a day in Spain.

The floatation includes an overallotment option of 3.75 percent. If completely exercised, the option could raise an additional 300 million euros.