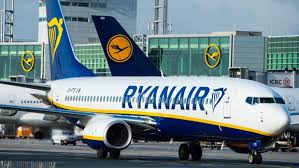 Irish budget airline Ryanair has announced a new series of routes from local airports, increasing the number of destinations from Spain to over 600.

The new routes include Tenerife to Milan, Alicante to Marseille and Barcelona to Gothenberg – as well as the launch of routes to Spain from London Southend.

The news was announced in the same week that the airline issued a warning over its profits due to ongoing industrial action. Last year the airline carried nearly 50 million passengers from the 27 Spanish airports the airline operates out of.